Trevor Noah mocks GOP ouster of 'too liberal' Boehner: It's like crack telling meth it's not addictive enough 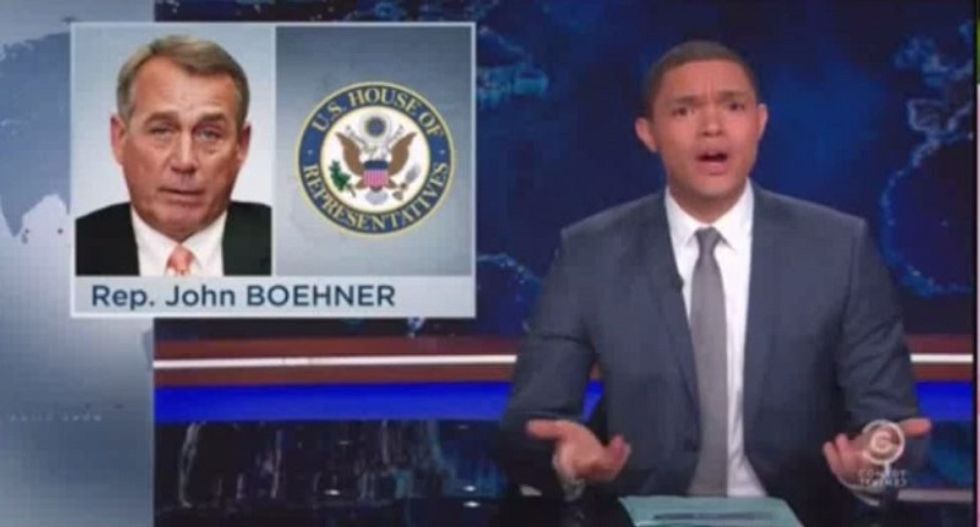 Boehner announced his resignation last week after an emotional interaction with Pope Francis.

"Why leave now, I just got here! I've got a fancy suit and a new set and I learned how to pronounce your name -- Boehner," Noah said slyly, winking.

Noah noted that as speaker, Boehner basically decided which laws came up for vote, making him "basically the bouncer at Club Congress, which is probably the worst club ever."

He then pointed out how radical the conservative Republicans are that cheered Boehner's leaving at this week's Value Voters summit.

“You see, for this faction, even John Boehner — the man once ranked the eight most conservative man in Congress — wasn’t right wing enough,” Noah said. "It's like crack telling meth that it's not addictive enough."

Teasing him for his propensity to shed tears, Daily Show correspondent Jordan Klepper added that Boehner’s next move may be a gig as as a professional onion slicer, funeral seat filler, or Claire Danes impersonator.

Watch video, via Comedy Central, below: