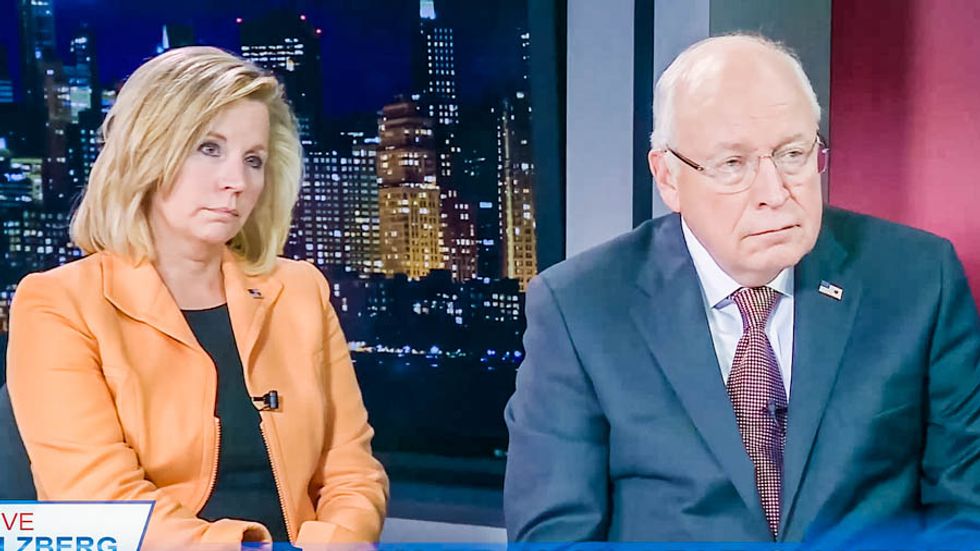 Liz and Dick Cheney agreed this week that Rowan County Clerk Kim Davis must begin issuing same-sex marriage licenses because it was the "law of the land."

In an interview with the conservative outlet Newsmax, the former vice president said that he had not studied the details of Davis' case but it was "clear" to him that she had no choice.

"It's the law of the land and as a general proposition, it seems to me you've got to go forward with it," Dick Cheney argued.

Newsmax host Steve Malzberg suggested to the Cheneys that forcing Davis to serve LGBT people could be a "step" toward forcing churches and synagogues to perform same-sex weddings.

"As my dad said, it is the law of the land," the younger Cheney noted. "The court has ruled. And she's not an employee of a church or synagogue, she's a government employee. So, she has an obligation to uphold the law."

During her failed Wyoming Senate run last year, Liz Cheney announced that she only supported "the traditional definition of marriage" even though her sister was in a same-sex relationship at the time.

Watch the video below from Newsmax, broadcast Sept. 2, 2015.