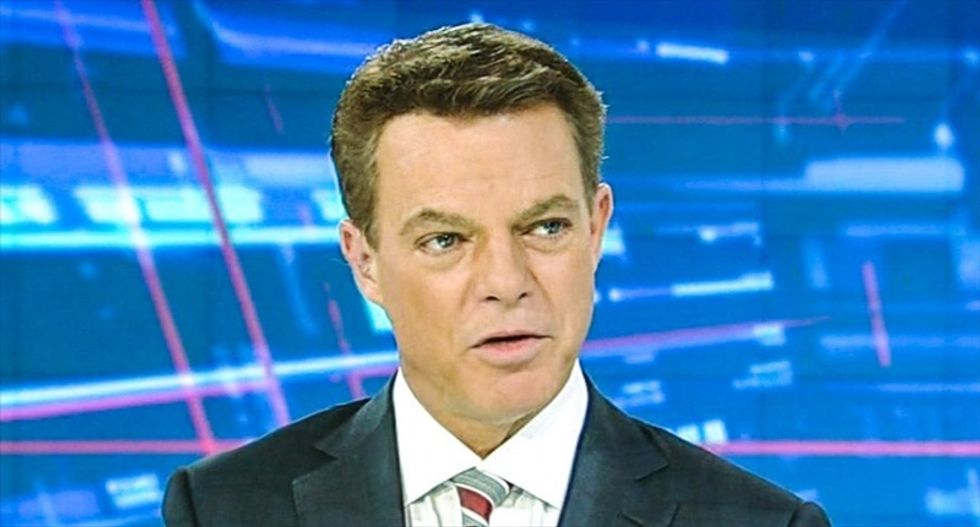 Conservatives are up in arms over comments by Fox News host Shepard Smith, who called out Christian hypocrisy during the broadcast of Kentucky clerk Kim Davis' release from jail Tuesday.

Davis was jailed last week after a judge held her in contempt of court for refusing to issue marriage licenses as Rowan County clerk in compliance with the Supreme Court's decision legalizing same-sex marriage in all U.S. states. She was released Tuesday, and during the live broadcast featuring prayer and GOP presidential candidate Mike Huckabee, Smith broke in with commentary.

“They set this up as a religious play again,” he said. “This is the same crowd that says, ‘We don’t want Sharia law, don’t let them tell us what to do, keep their religion out of our lives and out of our government,’" Smith said, according to Mediaite.

He added that the Supreme Court has ruled that you can't let one group of people do something that another group isn't allowed to do.

“This is not unprecedented. They did it when they said black and white people couldn’t marry," he said, concluding that "haters are gonna hate."

This prompted an angry backlash from the right. The Right Scoop called Smith a "puke:"

"What a puke. Christians simply want for the government to stay out of our Christian beliefs instead of imprisoning us when our beliefs go against the invented rights of a lawless Supreme Court. And then he calls us hypocrites for not wanting Muslim theocracy in our country, suggesting we want to push our Christian values on the government? Does he know anything about how this country was founded? Has he ever read the Constitution or the Declaration of Independence? What an idiot."

Writing for GOPUSA, Cliff Kincaid called Smith's comments evidence of "anti-Christian bias that has been rearing its ugly head" on Fox News.

He was surprised to see Fox "break its promise to air 'fair and balanced' coverage of the issue by permitting Smith to take such a crude stand against Davis," and said Smith doesn't know the difference between Christianity and Islam.

"Smith seems not to understand the difference between Christianity, a foundation of the American system that protects religious rights and liberty, and Islam, an authoritarian religion which wants to impose its values on others," Kincaid writes.

Davis has refused to issue marriage licenses to same sex couples because she maintains it is against her Christian beliefs, prompting some to observe Davis was imposing her religious beliefs on others via her role as county clerk.

In 2013, Kincaid said Fox News had become "pro-homosexual propaganda" and demanded that Smith  "come out of the closet."

He continued those claims Tuesday.

"With his reckless comments, Smith, regularly featured by Out magazine as a powerful homosexual media personality, has embarrassed his channel and turned himself into a liability with the channel’s conservative viewers. He has completely dropped any pretense of objectivity on his show, by apparently taking it personally that many people find the gay lifestyle to be morally repugnant."