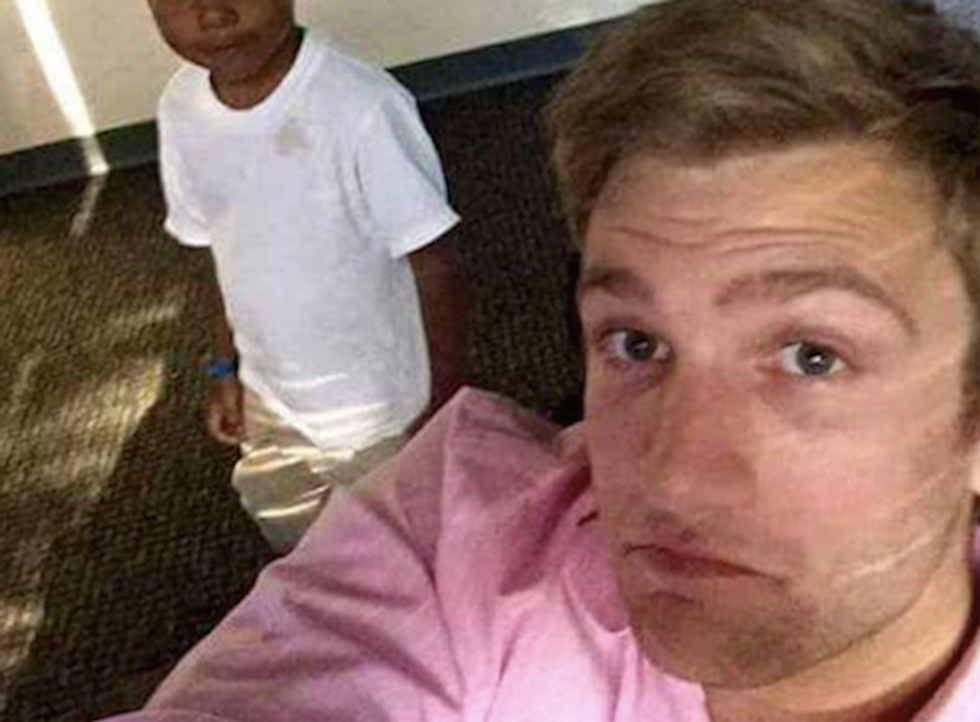 An employee of Atlanta-based Polaris Marketing Group (PMG) was fired after he posted a photo of himself with a coworker's black child that went viral.

AtlantaBlackStar.com reported that on Sep. 16, blond, hazel-eyed Gerod Roth -- known on Facebook as Geris Hilton -- posted a photo of himself looking askance at a school-aged black boy over his shoulder.

"I didn't know you were a slave owner," wrote a commenter named Emily Irene Red.

"I'll feed you, but first let me take a selfie," wrote another. 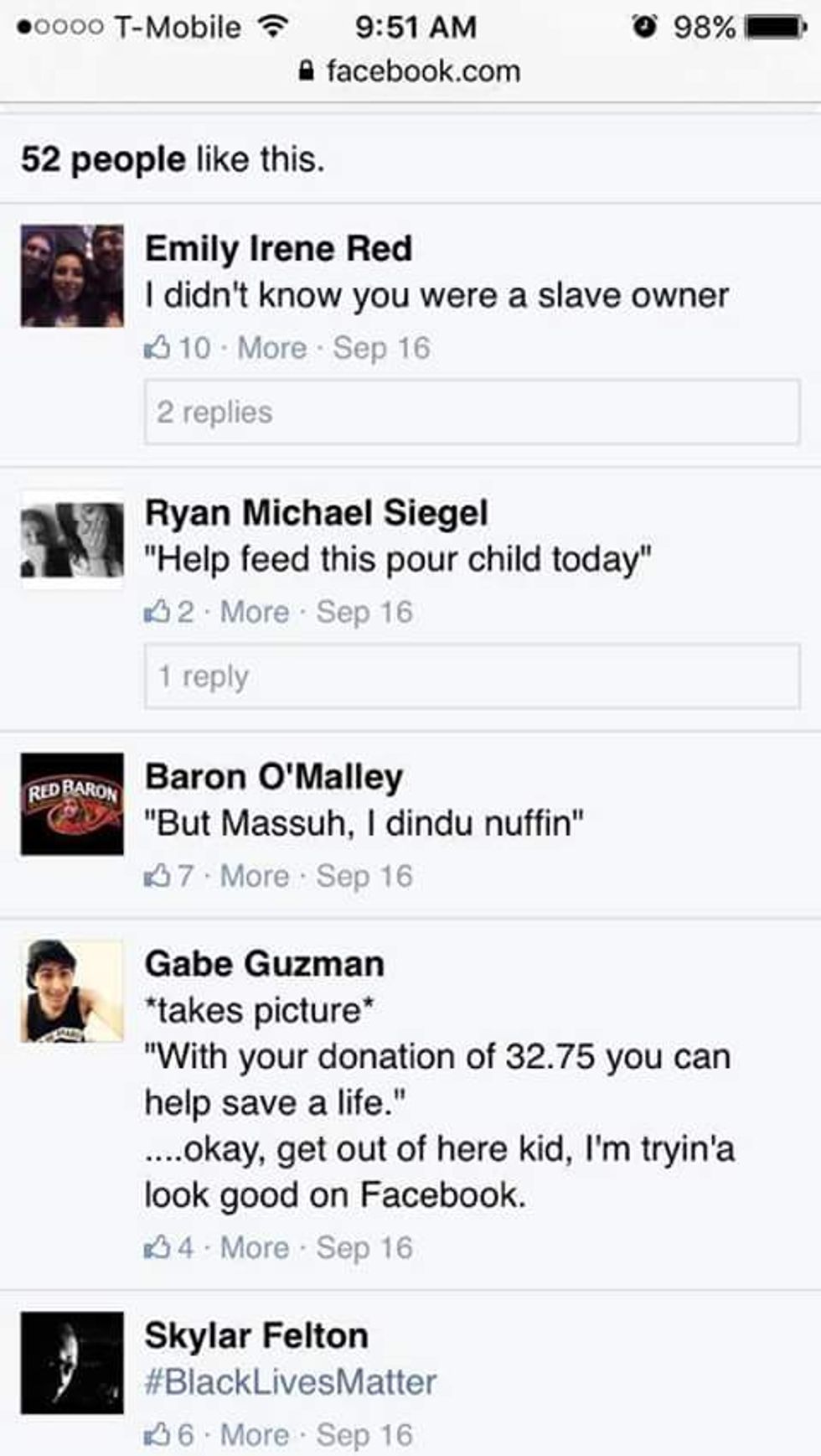 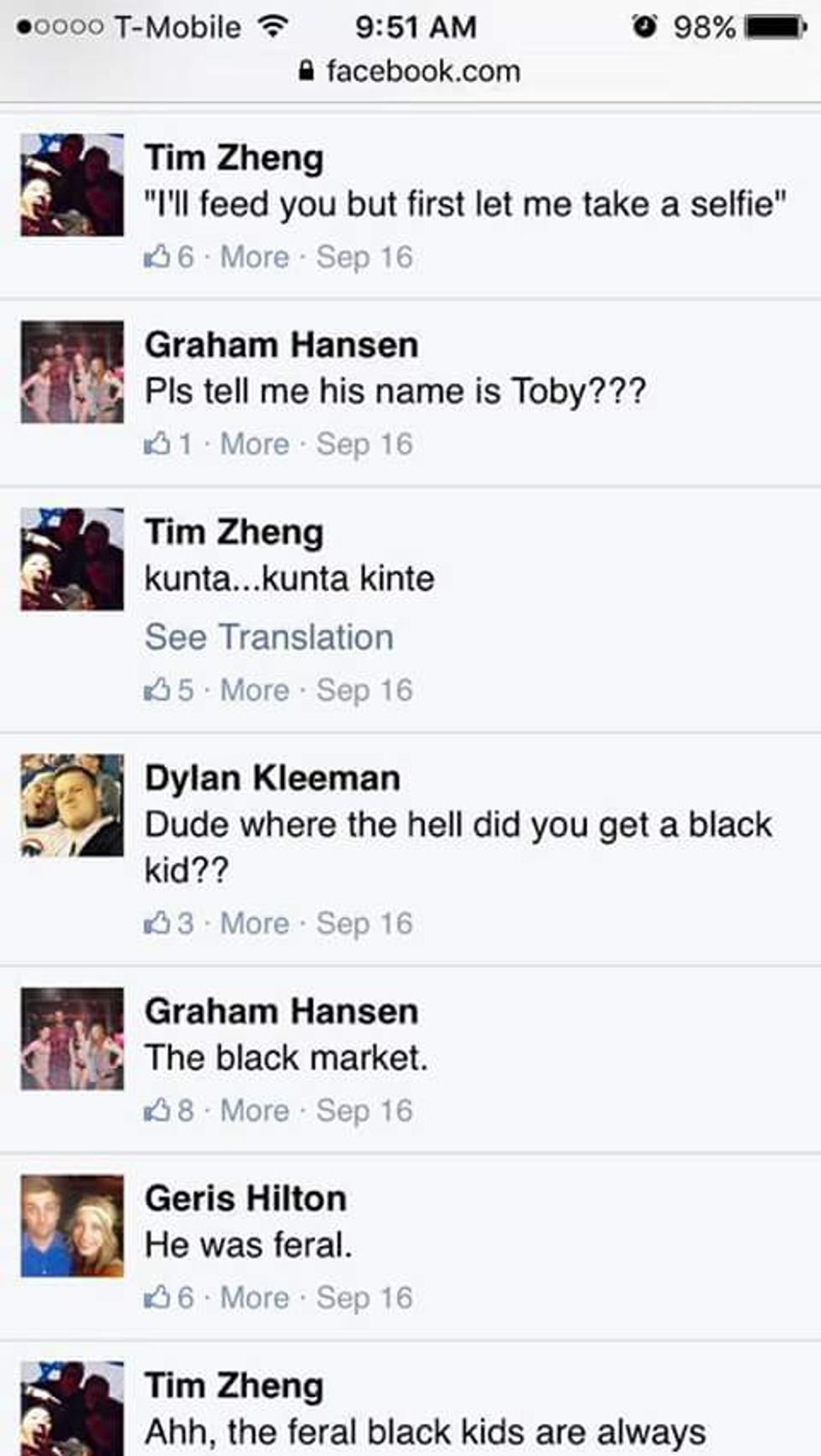 On Friday, PMG's president Michael Da Graca Pinto posted a notice to Facebook saying that Roth had been fired and encouraging others in the field to shun him.

This morning I was disgusted to learn that one of my former employees made several racially charged comments on his personal Facebook page. Even worse, the comments were directed toward the son of another employee.

It breaks my heart that Sydney and her adorable son Cayden were subjected to such hateful, ignorant and despicable behavior. Cayden visits my office almost every afternoon after daycare, he's sat at my dinner table and I consider him a part of the PMG family.

The atrocious lies, slander and racism he and his mother have been forced to endure are wholly intolerable. Myself and the entire PMG family in no way condones this kind of behavior and would never willingly associate with anyone who does.

It has no place in the world.

PMG has terminated the employee responsible and will ensure that none of the businesses that we associate with will ever do business with him again.

Atlanta's Conch Republic Grill announced on Friday that it had fired the commenter known as Emily Irene Red.