Ben Carson says next Holocaust 'can happen' in US because of gun control: 'It's not hyperbole at all' 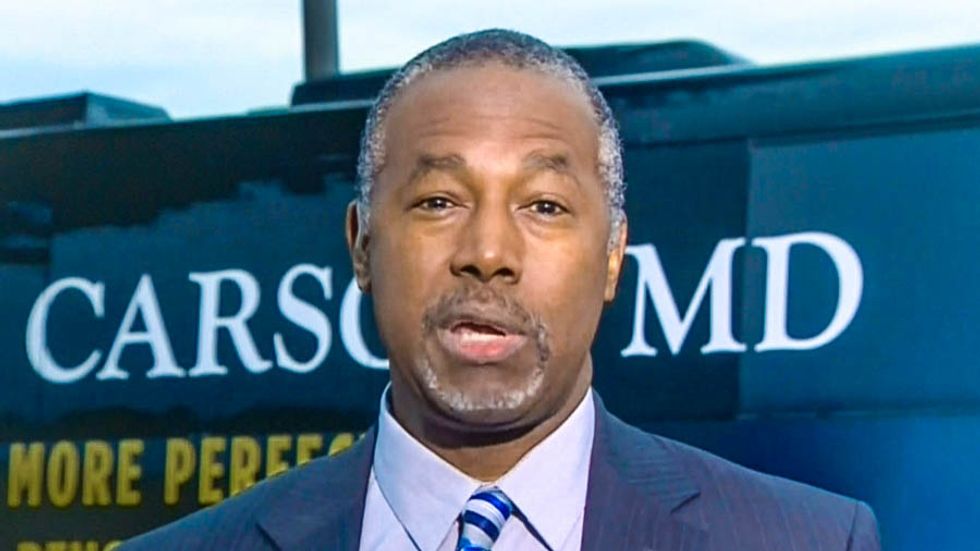 Republican presidential candidate Ben Carson insisted over the weekend that it was "not hyperbole at all" to compare gun safety legislation to the Holocaust.

During an interview on Face the Nation, host John Dickerson asked the candidate about statements he had made following a recent mass shooting in Oregon, in which he suggested that the Holocaust could have been prevented if more Jews were armed.

"It sounds like you are saying the kind government that would require that kind of resistance is a clear and present danger," Dickerson noted. "Do you see it that way?"

"I didn't say it was going on right now," Carlson replied. "But I think the implication is quite clear that it is something that can happen."

"This is the also the context in which you've said the people in Germany didn't speak up when Nazism was on the rise," Dickerson pointed out. "Do you think it's that close here or do you think it's just hyperbole to use Nazi analogies?"

"It's not hyperbole at all," Carlson insisted. "Whether it's on our doorstep or whether it's 50 years away, it's still a concern. And it's something that we must guard against."

"But the extermination of an entire race, which was the Nazi goal, that's a pretty big thing to compare our current situation to," Dickerson observed.

"You do not want to get there," Carlson concluded.