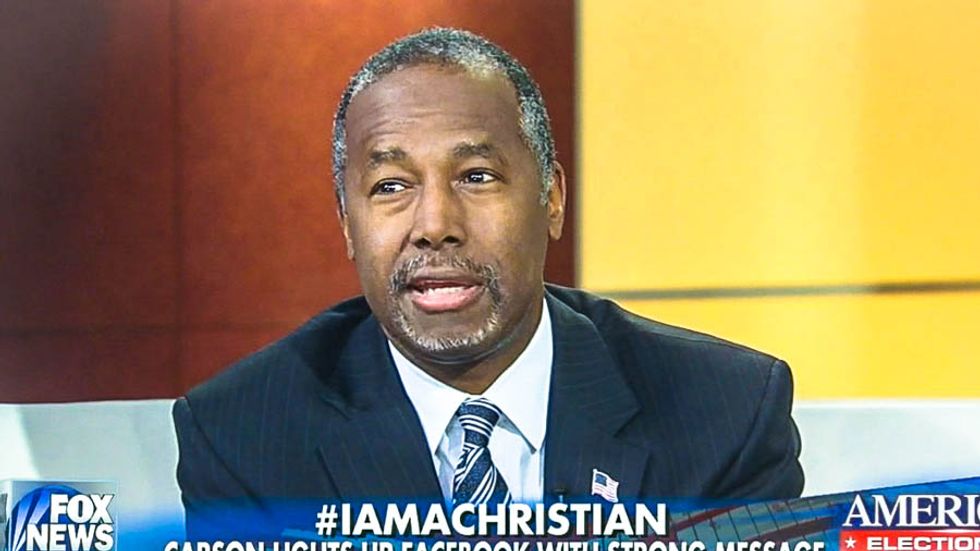 Republican presidential candidate Ben Carson said on Tuesday that President Barack Obama should skip visiting Oregon after the recent mass shooting and then "go to the next one" instead.

After the White House announced this week that the president would "visit privately with families of victims," conservative journalist David Jaques said that Obama was not welcome in his state because it would be “a campaign stop for agenda to take away American citizen’s right to own firearms."

"Imagine a politician politicizing something," Carson quipped to the hosts of Fox & Friends on Tuesday. "When do we have people that actually want to solve our problems rather than just politicize everything?"

"But, Dr. Carson, would you go?" host Brian Kilmeade wondered. "If the people of the community say don't go, would you still go if you were president on Friday?"

"Probably not," Carson replied. "I mean, I would probably have so many things on my agenda that I would go to the next one."

The GOP hopeful also explained that he would be willing to "listen" to ideas about how to stop mass shootings, but he insisted that no gun control proposal would solve the problem.

"Anything that they've proposed doesn't stop anything," he said. "Guns don't kill people, and the Second Amendment is extremely important. And Daniel Webster said that America would never suffer tyranny because people are armed."