Bernie Sanders defends Clinton: Americans are 'tired of hearing about your damn emails' 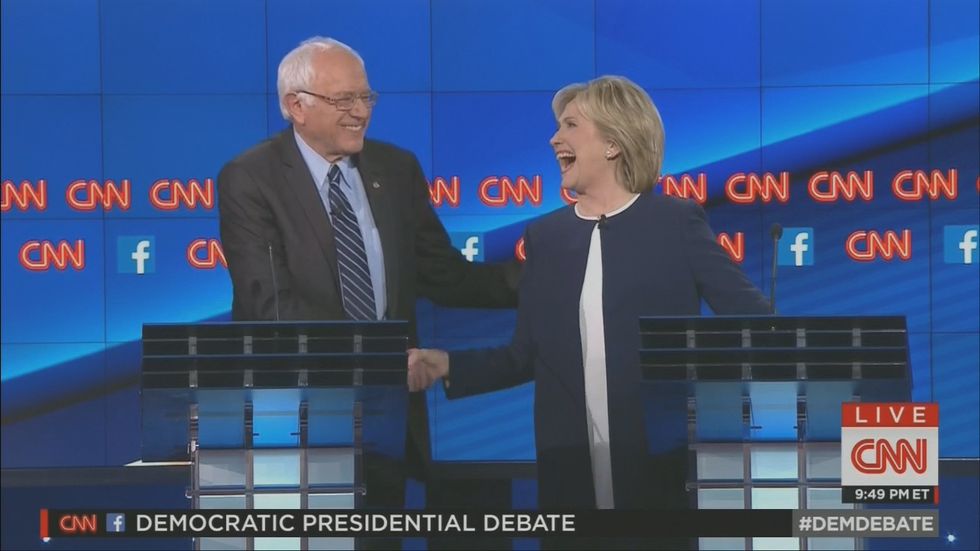 While admitting that it may not have been "great politics," Sen. Bernie Sanders (I-VT) came to Hillary Clinton's defense during Tuesday's Democratic Party presidential debate.

"The secretary is right," Sanders said in response to a question from Anderson Cooper about the controversy surrounding Clinton's private email use. "The American people are sick and tired of hearing about your damn emails."

"Me too, me too," a smiling Clinton responded.

Sanders then took aim at media coverage of the email server.

"I go around the country, talk to a whole lot of people. The middle class in this country is collapsing. We have 27 million people living in poverty. We have massive wealth and income inequality, our trade policies have cost us millions of decent jobs," he said. "The American people want to know whether we're gonna have a democracy or an oligarchy as a result of Citizens United. Enough of the emails -- let's talk about the real issues facing America."