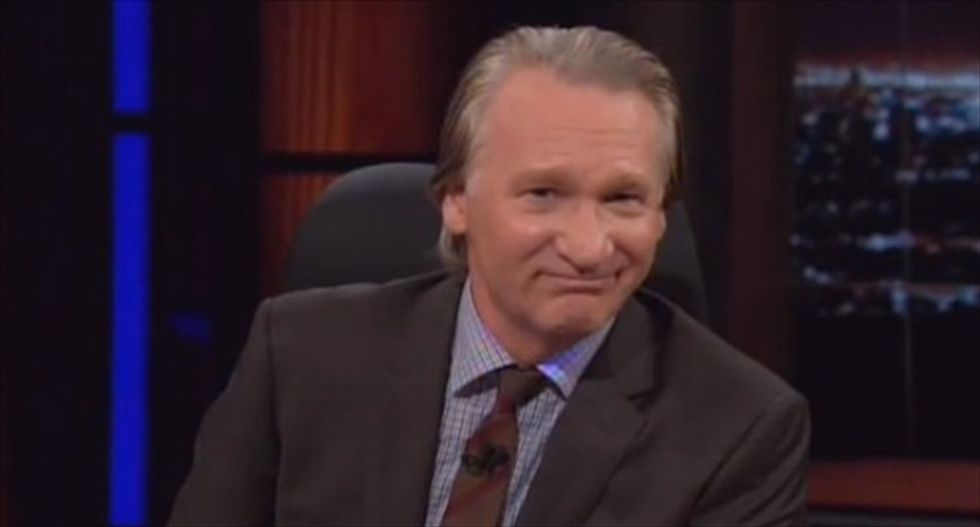 "He's the one who makes their heads explode when he talks," Maher said of the Democratic presidential candidate, before showing a clip of Donald Trump excitedly calling Sanders a "maniac" and a "Socialist-slash-Communist" during a recent appearance.

He then played footage of several of Sanders' statements, followed by the conservative interpretation.

For instance, when Sanders told CNN's Anderson Cooper that he "has a D-minus voting rating from the NRA," what conservatives actually heard was, "Rifles are for men with small penises. Every single gun in this country should be confiscated and melted down to make Tony Awards."