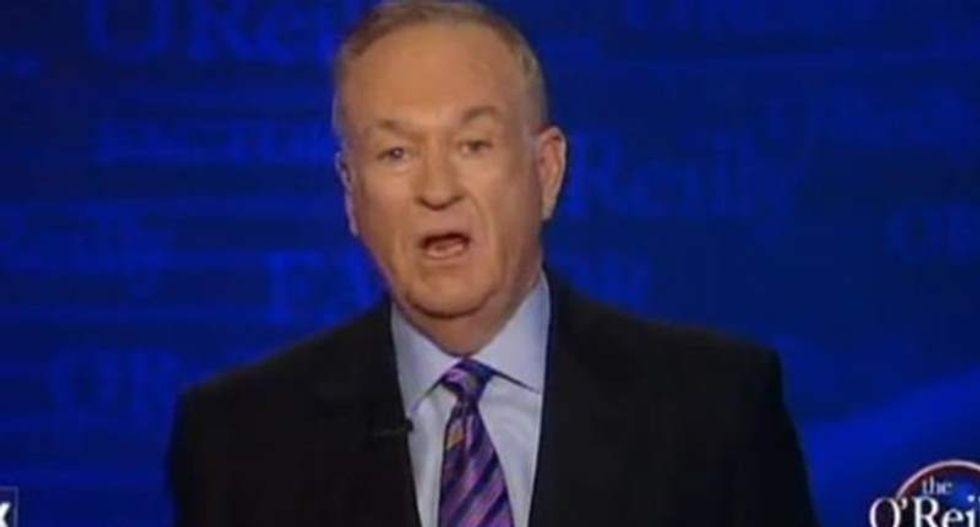 Fox News host Bill O'Reilly shot back on Friday at increasing criticism over his latest book, a biography of former President Ronald Reagan.

"Killing Reagan is a book that tells the truth," O'Reilly insisted to close his show. "It accurately portrays Reagan's incredible journey from a flawed, shallow man to a courageous, brave man. Why anybody who respects President Reagan would want to denigrate that story is a mystery."

But according to the Washington Examiner, Reagan administration officials and biographers of the country's 40th president are criticizing the book because it contains several inaccuracies.

"This is simply an unserious attempt that blunders into, I believe, plagiarism, simplicity and deception," said Richard Allen, who served as Reagan's national security advisor for a year.

O'Reilly has said that the "lynchpin of the book" is a discussion Reagan had in 1987 with then-White House aide James Cannon to Reagan's Chief of Staff, Howard Baker, and counsel A.B. Culvahouse that served as a "quiz" as to whether Reagan was mentally fit to continue his presidency.

That allegation was debunked in a 1988 biography that stated that Cannon "recanted," the Examiner reported. And Culvahouse has also criticized O'Reilly's story.

"The myth that Howard Baker and I, at the Monday luncheon or otherwise, were contemplating whether President Reagan should be removed from office under the Twenty-Fifth Amendment was thoroughly discredited when it first appeared 27 years ago," he said. "It should be returned to the dustbin of fiction masquerading as history."

On Friday, O'Reilly said the hostile response to his work with co-author Martin Dugard was nothing new.

"My books on Lincoln, Kennedy, Jesus, and Patton were all attacked by zealots and jealous people," the Factor host said. "And their garbage didn't work."

The remark was a reference to the barrage of criticism his previous historical efforts have received.

Watch O'Reilly's commentary, as aired on Friday, below.