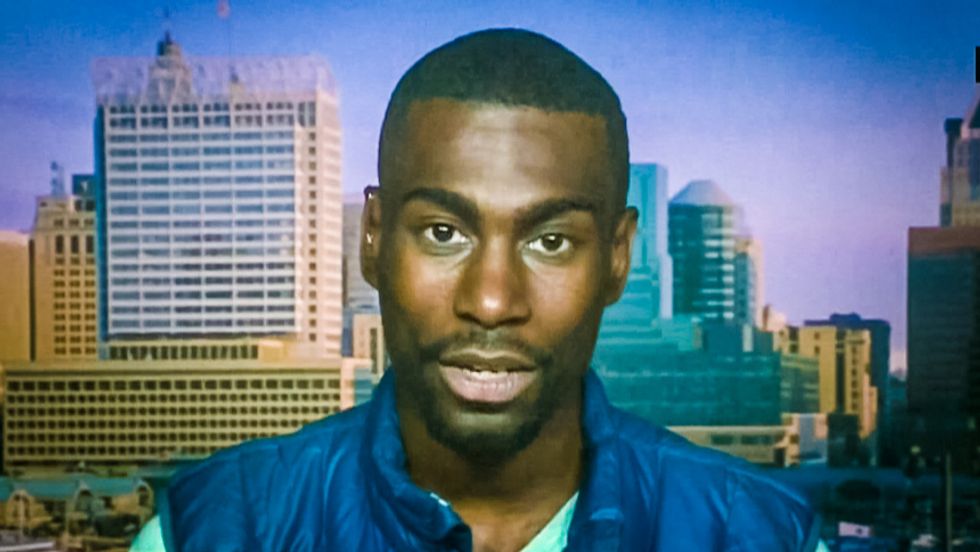 In a series of tweets between Mckesson and Raw Story, the activist dismissed the article as "misleading and clickbait."

On Tuesday, Politico framed gun control activists as people who are "often galvanized by mass shootings that claim mostly white lives," and have therefore neglected "the kind of gun violence that ravages minority and urban neighborhoods."

The article quoted the National Urban League's Marc Morial, who said that the gun control movement is "too white" and that "(t)here's no input from communities of color" in the gun safety movement as it stands.

"Groups aligned with Black Lives Matter have started taking part in weekly conference calls with Washington’s top gun control advocates," said Politico's Sarah Wheaton. "A group related to the Center for American Progress has been distributing new talking points to get away from language that they say alienates black communities."

Politico spoke with data scientist and Campaign Zero activist Samuel Sinyangwe for the story, but there are distinctions between his group and the BLM movement.

The Black Lives Matter movement, explained Rebecca McCray at TakePart.com, "is neither a monolith nor a nonprofit with a finely tuned mission statement, but a decentralized movement with pockets and chapters organizing across the country and the globe."

Neither Campaign Zero nor BLM have specifically embraced gun control as part of their mission in that so far, efforts at gun control in the U.S. have meant a ramping up of police action against communities of color -- including "stop-and-frisk" and other instances of racial profiling -- and greater police militarization.

“Many of the already existing instances of racial profiling and over-policing that contribute to mass incarceration come from gun control measures,” said Brown University's Alex Gourevitch to TakePart. “If we really care about the condition of people living in poor black communities, the issue isn’t just the destruction of physical lives but how low the quality of life is. The best thing would be to reduce the number of things we call crimes and instead look to things like social and economic policy.”

Ladd Everitt of the Coalition to Stop Gun Violence told Politico, however, that the U.S. gun control movement has placed a "huge underemphasis on black-on-black violence" and doesn't understand "there’s a lot of deep distrust of law enforcement, sometimes warranted” in communities of color, "So maybe both sides need to do a little bit of soul searching.”

When Raw Story asked Mckesson on Twitter for his thoughts on the Politico report, he tweeted:

He then said, "I think it's just awful reporting."