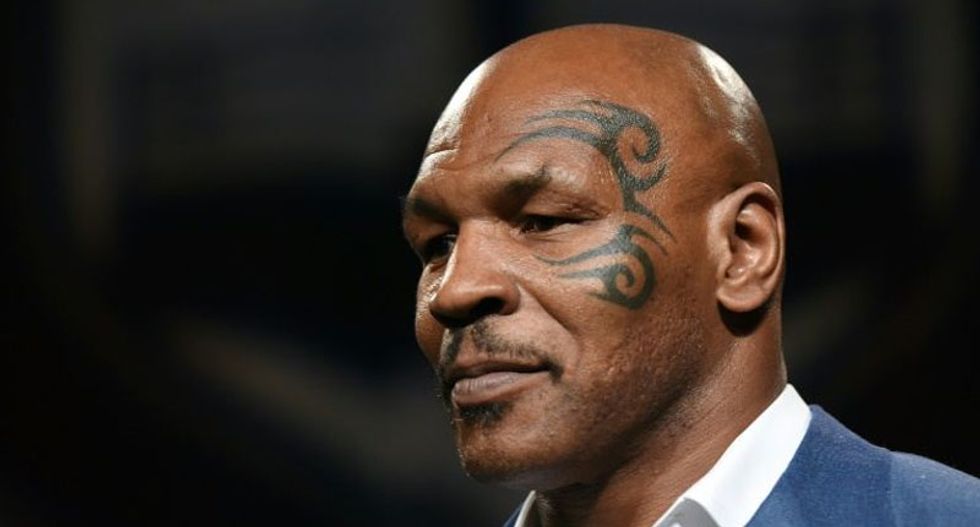 Tyson issued his endorsement late Monday on HuffPost Live, saying he would like to see a business-minded commander in chief after eight years of President Barack Obama.

"He should be president of the United States, that's what he should be," Tyson said when asked his opinion of Trump.

"Let's try something new. Let's run America like a business, where no colors matter," he added. "Whoever can do the job, gets the job."

The two celebrity figures have known each other for decades.

Trump hosted the title bout -- all 91 seconds of it -- between a victorious Mike Tyson and Michael Spinks in Atlantic City in 1988. He has also served as a financial advisor for the boxer, according to the New York Times.

Asked if he was endorsing The Donald, Tyson did not hesitate.

Many see the early months of the primary race as Round 1 in a 12-round title bout that climaxes on election day November 8, 2016.

Trump squares off Wednesday night against nine Republican rivals in their third nationally televised debate of the primary season.