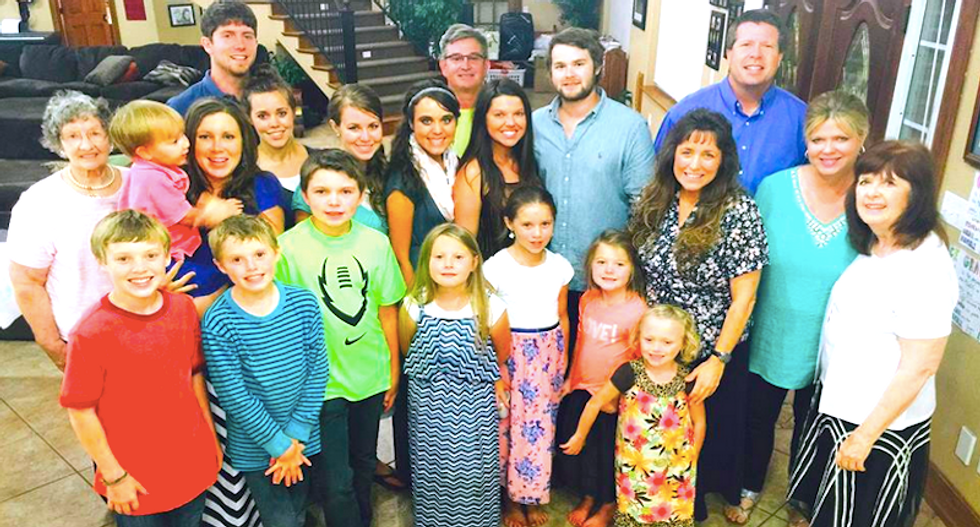 The Institute in Basic Life Principles, (IBLP) the homeschooling program used by the Duggar family, was accused of covering up sexual assault against underage girls in a lawsuit filed on Tuesday, the Washington Post reported.

The five plaintiffs, identified as Charis Barker, Rachel Frost, Rachel Lees, Gretchen Wilkinson and one Jane Doe, are each seeking $50,000 in damages, saying they were "at times minors" when they were subjected to the abuse and "inappropriate touching" during their association with the group.

While the institute is named as a defendant in the suit, founder and former director Bill Gothard, who was placed on "indefinite administrative leave" last year after being accused of sexually harassing and abusing employees, was not. Despite being cleared in an internal investigation by the group -- which the lawsuit described as a "sham" -- Gothard is not allowed to hold any sort of counseling or leadership role within the institute.

Despite not being named in the suit, Gothard is accused of abusive actions against the victims, who were as young as 13 or 14 years old when they took place. The women's attorney, David Gibbs III, said Gothard would offer counseling to them at the IBLP's home office in Oak Brook, Illinois. He would then touch the victims inappropriately when they were alone, or in the back seat of the car if Gothard used a driver.

Gothard or other institute officials, Gibbs said, would "call the parents and share with them all the allegations of abuse that were shared in counseling, and then send the children back into those environments" if one of his victims rejected him.

The institute counts reality stars Jim Bob and Michelle Duggar as members, and its homeschooling teachings were depicted in the family's show, 19 Kids and Counting. One of the Duggars' sons, Josh, was sent to an IBLP facility after admitting to molesting several of his sisters when he was a teenager, a revelation that led to the show being taken off the air.

The Chicago Tribune reported that besides seeking damages, the suit also calls for a "constructive trust" to be imposed upon the organization. That way, the suit said, IBLP can not liquidate its assets, valued at more than $100 million, as it shutters its Illinois office, where the alleged abuse took place, and moves its operations to Texas.