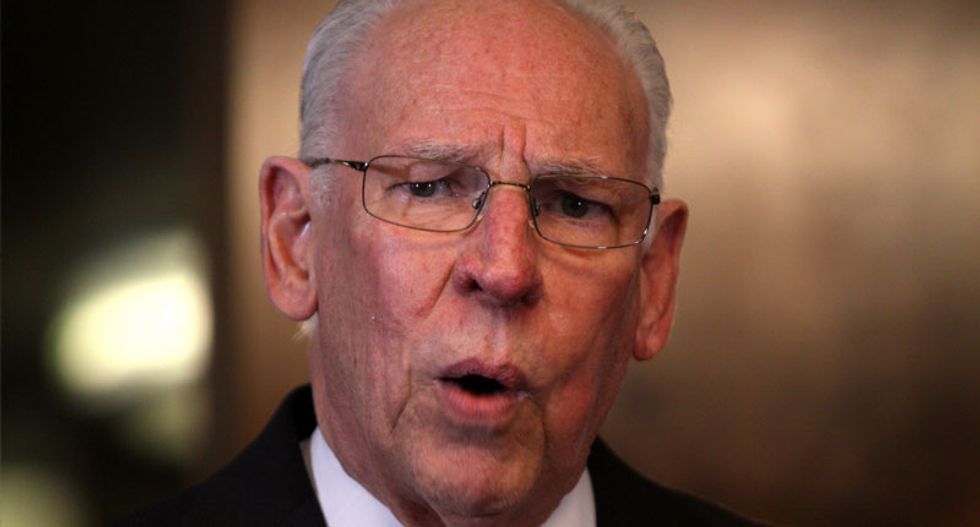 He has called President Obama a “socialist” and a “village idiot,” threatened to “unmask” him and suggested he “go back to Kenya.” In a rich and distinctly Cuban accent, he preaches the prosperity Gospel: tithe and accept God’s anointment and wealth will be bestowed upon you.

He is a Dominionist, devoted to a movement that finds in Genesis a mandate that “men of faith” seize control of public institutions and govern by biblical principle. He fluidly quotes long passages of the Bible when he preaches at big-box churches or addresses large Republican audiences.

And the man who is essentially an itinerant preacher appears to have wildly exaggerated his ministerial credentials. Consider the Rev. Rafael B. Cruz’s frequently cited biography, as it appears on the Great American Speakers booking website.

Pastor Rafael Cruz was born in Cuba and immigrated to this country over 55 years ago to flee an oppressive communist regime. He fought in the revolution and was imprisoned and tortured. He fled to Texas penniless and not speaking a word of English.

Today Rafael Cruz is a pastor at a church in Dallas and serves as the Director of Purifying Fire Ministries ministering in the U.S., Mexico, and Central America. He is also a professor Bible [sic] and Theology and the president of Kingdom Translation Services.

Up to the phrase “penniless and not speaking a word of English” the Rev. Cruz’s professional bio appears to be true, unless a literalist were to quibble with “penniless” and “arrived with only $100 sewn into his underwear.” (The latter is often repeated by Senator Ted Cruz when telling his father’s story.)

Beyond that, the story on which the Cuban-American evangelical has been dining out (and collecting speaker’s fees) doesn’t quite wash.

The man who is essentially an itinerant preacher appears to have wildly exaggerated his ministerial credentials.

Until it folded in 2014, Purifying Fire was a Costa Mesa, Calif., ministry owned by Suzanne Hinn, the divorced (then remarried) wife of faith healer Benny Hinn. A spokesman for the Cruz presidential campaign said Rev. Cruz has never been associated with the Hinns, but “used the Purifying Fire name for a while then he dropped it.”

“Pastor at a church in Dallas” isn’t exactly right either, although according to the campaign: “You don’t have to have a church to be a pastor.”

Cruz has claimed to have studied theology at Advanced Bible College (or Advance Bible College), neither of which appear to exist. The Cruz campaign says Rev. Cruz “audited courses at Southwestern [Baptist] Theological Seminary and was ordained at Mundo de Fe.” They could provide no details on Mundo de Fe (World of Faith), but it is a non-denominational church in the Dallas suburb of Arlington, run by Stephen and Courtney Holland. Rev. Cruz toldNational Journal he was ordained by Ralph Holland, another Dallas-based preacher.

The campaign spokesman also said Rev. Cruz is affiliated with no seminary or Bible college but he is a professor.

Kingdom Translation Services Inc. has been registered with the Texas Secretary of State since 2012, with a billing address in an apartment complex in a Dallas suburb. It has no working website or listed phone number. “It is Rev. Cruz’s one-man translation service,” according to the campaign.

News outlets, including The Washington Post (April 2015) and The Detroit News (August 2015) continue to repeat Rev. Cruz’s bona fides (as did this publication in 2014).

This article was originally published at The Washington Spectator.

On Wednesday, NBC4 Washington's Scott MacFarlane reported that federal prosecutors are recommending up to 4 years for Cleveland Meredith, a Georgia man who threatened to "put a bullet in" House Speaker Nancy Pelosi (D-CA) and Washington, D.C. Mayor Muriel Bowser during the January 6 Capitol attack.

Meredith showed up with a Glock 19, 9mm pistol, Taver X95 rifle with a telescopic sight, high-capacity magazines, and more than 2,500 rounds of ammunition and has been described as having mental health issues and a history of violent incidents, including an episode in 2018 in which he allegedly brandished a gun at his mother and daughter during a fit of road rage.