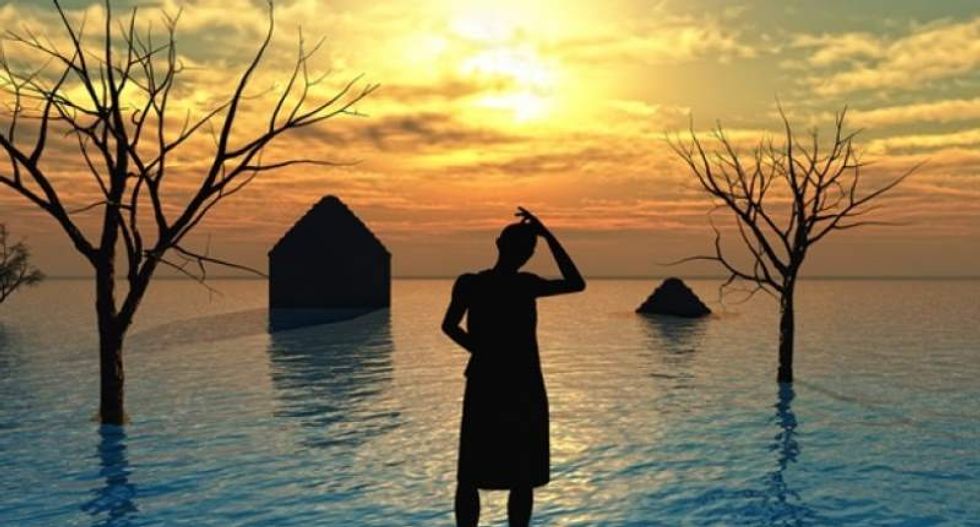 The swollen rivers only dropped back to normal water levels last week, but flood-weary Charleston, S.C. is already seeing water in the streets again. This time it’s not a 1,000-year deluge from the sky, it’s high tide.

The so-called “king tides” are a natural occurrence. Unusually high tides occur several times each year, often depending on the moon’s orbit and alignment with the earth and sun. King tides only cause flooding for a few hours around high tide, yet they still cause damage and inconvenience for coastal dwellers.

But sea level rise and warm waters from El Niño are making king tides and other nuisance tidal flooding worse. Sea levels have risen by 8 inches around the globe since the start of the 20th century due to ocean warming and the melting of the world’s land ice. The rate of rise is expected to increase and by the end of the 21st century, sea levels could be up to 39 inches higher if greenhouse gas emissions continue on their current trajectory.

Despite the seemingly small rise to-date, the impacts have been major for cities around the globe including Charleston.

Nuisance flooding has increased 400 percent in Charleston since the 1960s, according to the National Oceanic and Atmospheric Administration. Other cities, like Annapolis and Baltimore, have seen flooding increase by more than 900 percent.

“Gradually, year by year, the tides are getting higher and higher,” Brian McNoldy, a cyclone researcher at University of Miami, said. “And places flood that otherwise would not have."

As oceans continue to rise, the world will eventually reach a tipping point where even the average high tide will make nuisance flooding routine. Charleston could see as many as 30 days of nuisance flooding a year by 2030.

A tide gauge in the Charleston harbor measured a high tide of 8.68 feet on Tuesday morning, putting it above the city’s major flood threshold and tying for the fourth highest crest on record. Most historical crests are due to hurricanes, but this king tide measured the same height as 1979 Hurricane David’s storm surge in Charleston. It was even higher than the historic flooding earlier this month, which crested at 8.29 feet in the Charleston harbor.

High tides on Tuesday and Wednesday along much of the East Coast are expected to be several feet higher than usual, pushing water into streets and buildings and adding new entries to the record books.