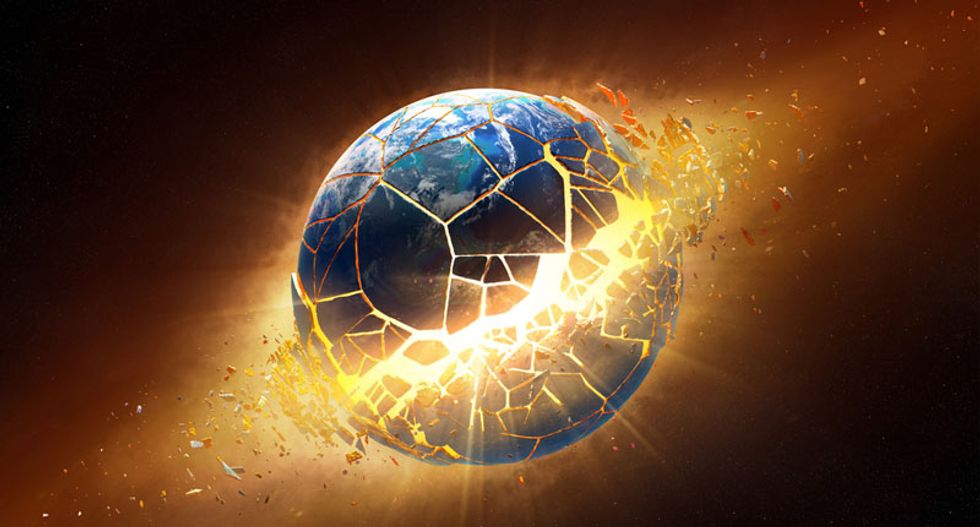 An illustration of Earth exploding because of God's wrath (Shutterstock)

The leader of a Christian group who claimed that the world would end on Wednesday has admitted his prediction was “incorrect”.

Chris McCann, head of the eBible fellowship, warned that the planet would be destroyed “with fire” on 7 October. This did not happen.

“Since it is now 8 October it is now obvious that we were incorrect regarding the world’s ending on the 7th,” McCann said.

McCann originally told the Guardian that by Thursday the world would be “gone forever: annihilated”. McCann based his claim on an earlier prediction by Christian radio host Harold Camping , who said the world would end on 21 May 2011. Camping’s forecast also turned out to be incorrect.

As the clock struck 12 in timezones around the globe, turning Wednesday into Thursday, it became apparent that the planet had not been destroyed. McCann, who is based in Philadelphia, said on Thursday it was “surprising” that the world was still in existence.

Prior to 7 October he said there was a “strong likelihood” the world would be wrought asunder, but did admit there was a chance he could be incorrect.

“Well, a strong likelihood means that something was pretty well set to happen (in this case according to the biblical evidence),” he said. “Yet there is a possibility it may not happen.

“So it was surprising that it did not occur. But the comforting thing is that God’s will is always perfect.”

The eBible Fellowship believed that Camping’s 21 May 2011 was actually “judgment day”. The fellowship thus claimed the world would end 1,600 days from that date: hence 7 October 2015.

McCann said “one of the big pieces of evidence” in his prediction was that 7 October 2015 was the last day of the feast of the tabernacles, or sukot. (Most online sources say sukot ended on 5 October.)

“Once the last day of the feast passed it soon became apparent that we were incorrect about the world’s conclusion on [7 October],” McCann said.

While the world did not end, McCann said on Thursday it would be obliterated “soon”.

“I also know that God knows exactly when that end will come,” he said. “So we’ll keep studying the Bible to see what we can learn.”