Conservative radio host freaks out: 'Transgender crowd' will use magnets to suck God from your brain 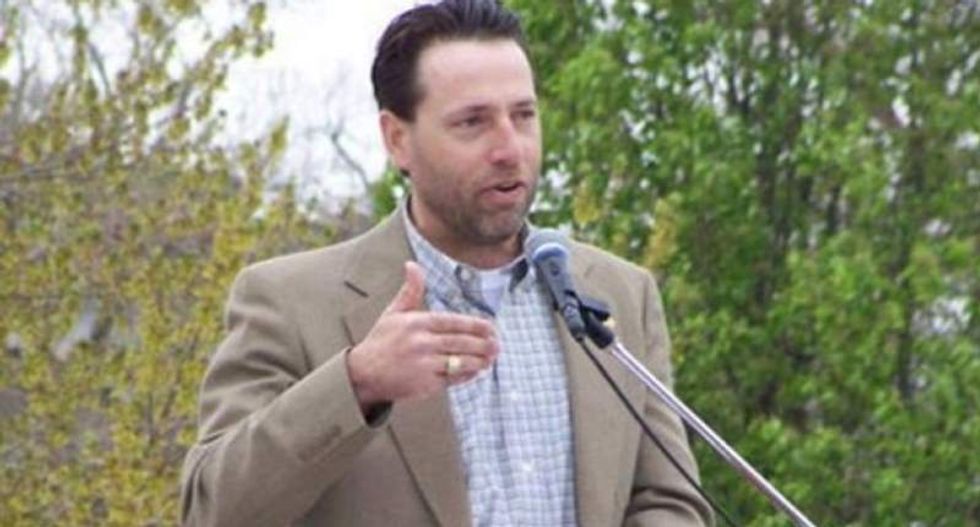 A conservative radio host and his guest were up in arms about a new study that seemed to show that ideology is centered in the a part of the brain and can be disabled, to a certain extent, by lowering the activity of that part of the brain.

Joe Miller and his guest William Briggs, a statistician and adjunct professor at Cornell University, had a long discussion about the recent UCLA study. According to a release by the University of York, the study sought to understand how the posterior medial frontal cortex influences ideology, specifically religion and nationalism.

Using transcranial magnets, the researchers were able target and temporarily shut down the region. Subjects were asked questions about death and to rate a negative essay about the United States they were told was written by an immigrant. The result of the magnetic destimulation of the area of the brain in question resulted in less belief in religion and greater acceptance of immigrants.

This prompted Briggs to fear that the study would lead to "eugenics" targeting conservatives.

He worried that people might think he was joking or being paranoid.

"But no, this is exactly it," he continued. "There was a story this week too.. that some employers are now asking for DNA samples, not just to detect potential medical maladies, but to look for these kind of character traits they think they have identified that make one a lesser person."

The study, in fact, did not look at DNA looking for genetic traits of believers versus non-believers. It focused on an area of the brain and the effects of shutting it down temporarily.

Miller then hinted that the magnets may be used by transgender people against people of faith.

"The whole transgender crowd, they see their main opponent as being those of faith and so obviously they're going to use any aggressive tactics they can to move forward that agenda," Miller said. "This is still minority opinion though, right? In psychology and elsewhere?"

Briggs answered, no. "I don't think it's minority opinion anymore."

Listen to the segment, as posted to YouTube, here: