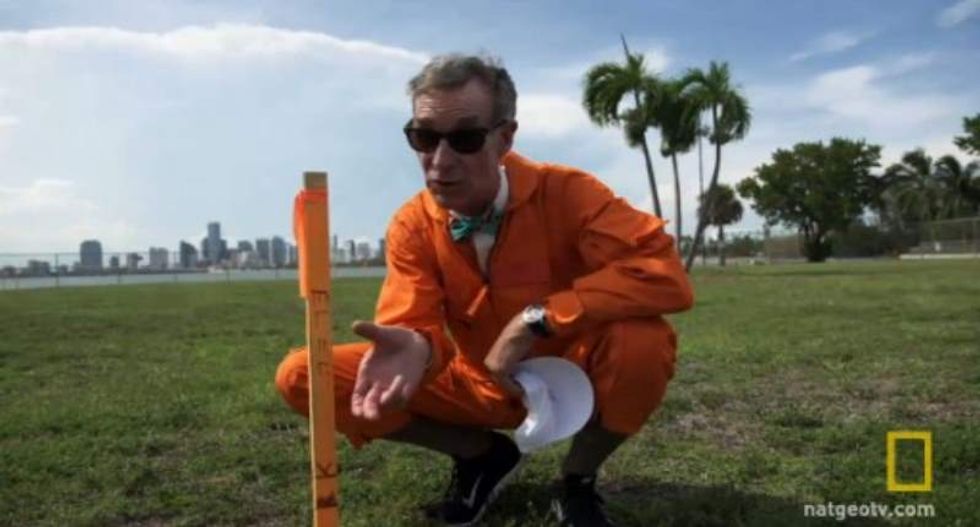 "We don't need to be concerned about drastic climate change," Ham wrote on his blog. "Our climate, and the checks and balances that keep it operating within safe parameters, were designed by an all-wise Creator."

In the video, released by National Geographic earlier this month, Nye identified five key points for viewers to remember about global warming, listed below in his words:

Ham, who debated the "Science Guy" last year, tried to dismiss Nye's first point by claiming that the world was already the "perfect size" for its type of atmosphere.

"We certainly need to make sure we don't fill our atmosphere with pollutants or punch holes in the ozone layer," Ham wrote. "But we also need to remember that our atmosphere was carefully put in place by our Creator. God knew exactly what kind of atmosphere we needed and He gave us that atmosphere."

He also said it was "inconsistent" of Nye to express concern for residents in coastal areas like Miami after raising the point about the Earth's population.

"Does he realize that, from his atheistic perspective, man is just an evolved animal and, in being consistent with an evolutionary 'survival of the fittest' worldview, population alarmists could suggest mass killings or forced sterilizations as possible solutions in reducing the population?" Ham argued. "I'm sure he would be aghast at such suggestions -- but then on what basis does he anchor his morality and determine what is ultimately right and wrong in this world? It comes down to one's worldview. What solutions are there in Nye's game of 'blame man and his increasing population'?"

Last month, Ham accused Nye of attacking the Bible itself after Nye argued that opposition to abortion was based on "bad science."