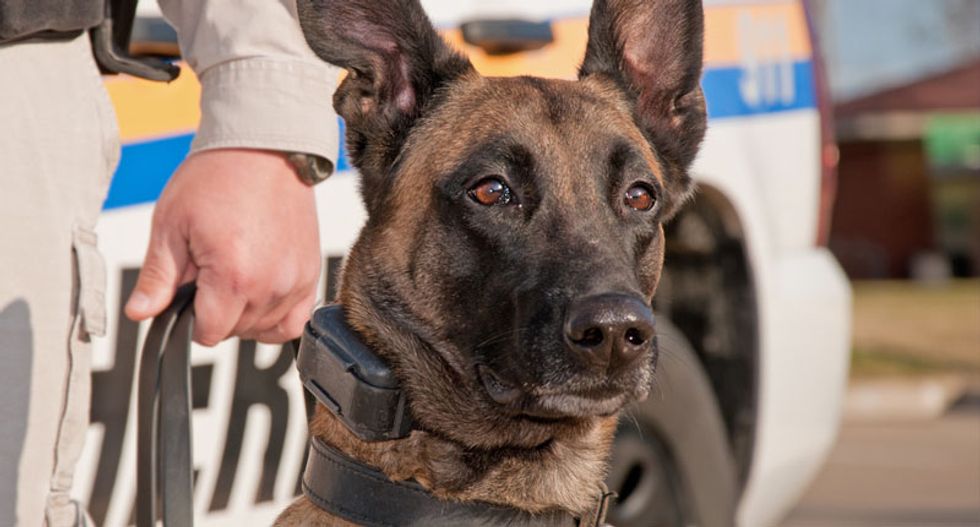 Veterinary scientists in Chile have invented a contraceptive vaccine for dogs, which can be used in both males and females, and may provide an inexpensive option to help control the country's growing canine population.

Scientists from the University of Chile Veterinary and Livestock Faculty developed the vaccine from an existing formula used to sterilize pigs, as professor Leonardo Saenz explains.

"It began in Australia more or less in 1989. What we did was to take the concept of immuno-castration which already existed and we developed and improved for use in domestic animals, mainly in dogs, and to create an alternative for pigs, better than what already exists. The previous one was a vaccine by a pharmaceutical laboratory which needs two doses to take effect. In our case, only one dose is needed for the vaccine to take effect," said Saenz.

According to Saenz, the effect of the vaccine is similar to that of a surgical castration without needing the resources and subsequent care such an operation requires.

It is also a reversible measure based on hormonal alterations.

"The vaccine is a recombinant protein generated in Escherichia coli. The protein is carried by inclusive bodies which are purified previously in Escherichia coli, and we create the vaccine using a polymer. Chitosan is used for pigs and this formula permits, or induces the formation of anti-bodies which neutralize the hormone Betatrophin, and these neutralizing anti-bodies prevent reproductive activity. There is no Progesterone or Estrogen in the females and no Testosterone in the males, which blocks reproductive activity and is a form of immunological castration," said Saenz.

Veterinary scientists hope the vaccine will help to control the growing canine population in Chile, where surgical castration is only applied in small numbers. They expect the vaccine could be administered to a group three or four times greater than those that undergo surgery.

A further benefit of the vaccine, according to scientists, is that it has no side effects, unlike other forms of contraception.

"Since it is a vaccine which blocks the production of hormones, it does not function as a contraceptive but rather an immuno-castrator. The difference is that contraceptives prevent animals from going on heat. It will still engage in reproductive activity but it will not be able to fertilize. In this case, there are no hormones so there is no activity, there are no gametes so the animal is sterilized as a result of suppressed hormones. As there is a reduction in the hormonal activity, there are no side effects as is the case with hormonal contraceptives on which they put high quantities of contraceptive or hormones which induce alterations in the uterus and can be related to the appearance of some cancers. In this case that does not happen, we block that activity," said Saenz.

The vaccine has been patented in Chile, Europe and the United States, and is undergoing further tests in controlled conditions. In Chile, the final formula will have to be authorized by the Agricultural and Livestock Service, before it is commercialized.

A number of other dog vaccines are currently under development globally, including one at the California Institute of Technology and another being tested by Oklahoma-based Spay First and the U.S. Department of Agriculture's National Wildlife Research Center.