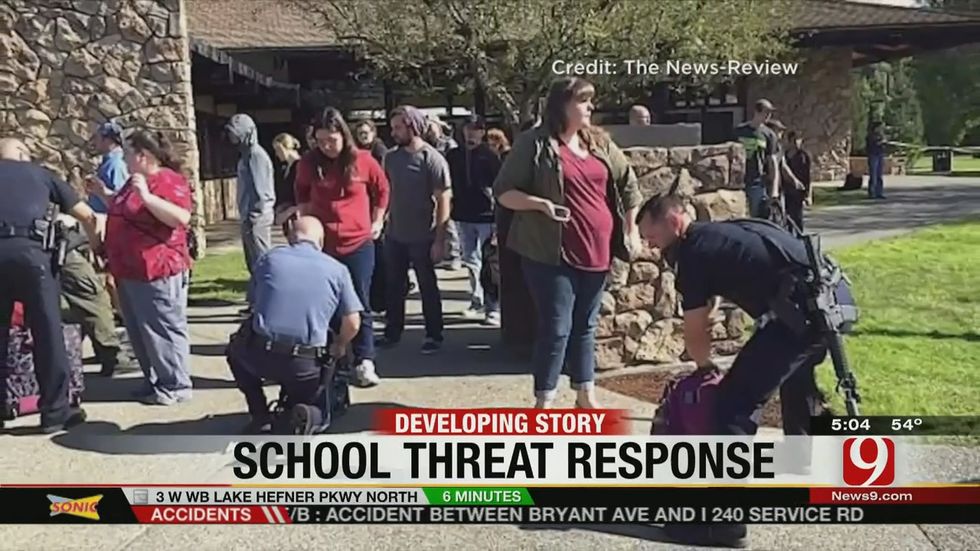 An Oklahoma student was taken for a mental evaluation this week after he allegedly used racial slurs and threatened to shoot up his school. It was one of more than two dozen threats of violence reported at school in the U.S. since last week's massacre at Umpqua Community College.

According to KXII, police were called to Ardmore Middle School after 2 p.m. on Thursday over reports that the student had threatened his teacher.

Officials said that the student made racial statements to his teacher and then threatened to shoot students at the school.

The student was transported to the Office of Juvenile Affairs, where he was expected to be transferred to a facility for mental evaluation.

Since the shooting at Umpqua Community College last week, over two dozen schools in the U.S. have been interrupted due to threats of violence.

Pewaukee School District officials in Wisconsin closed all schools on Friday due to a shooting threat. Police responded to a shooting threat at Coos County school in Oregon on Friday. A freshman allegedly threatened gun violence at Raul Yzaguirre School for Success in Houston.

A student in Conway, Arkansas was arrested on Monday on charges of first degree terrorist threatening for posting a school shooting threat on 4Chan. A shooting threat against Philadelphia schools was found on the same website that was used by the Umpqua shooter. Students at Summerville High School in California were allowed to return to school on Monday after police evacuated the school on Friday due to a shooting plot.

College Place Middle School and College Place Elementary School in Seattle, Washington were locked down on Monday due to reports of a person with a gun. In Garden City, Kansas, police responded to reports that a student had a weapon on Monday. And in Espanola, New Mexico, a school was placed on lockdown after a shooting threat.

Those are just some of the chilling shooting threats that schools have dealt with on top of bomb threats and other types of violence in the wake of the Oregon massacre.