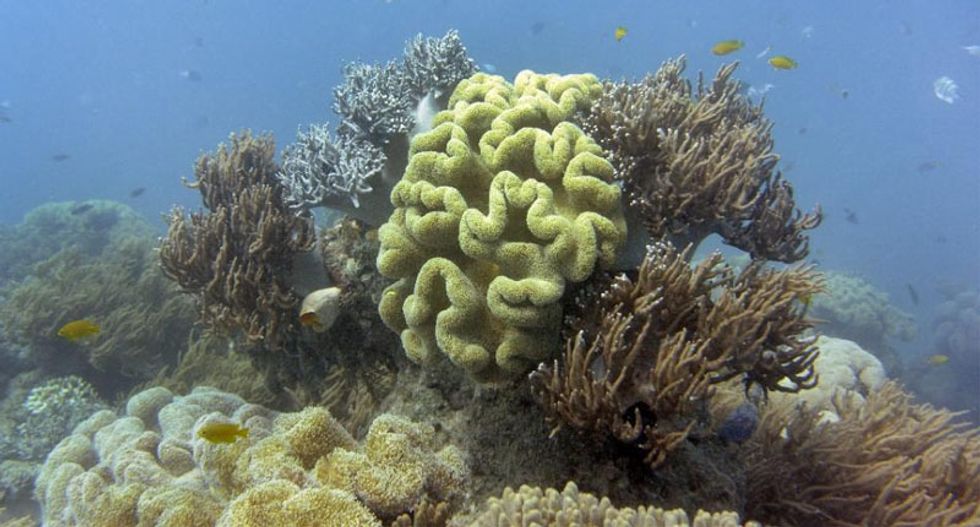 The world's oceans are teeming with life, but rising carbon dioxide emissions could cause a collapse in the marine food chain from the top down, researchers in Australia said Monday.

The first-of-its-kind global analysis of marine responses to climate change forecasts a grim future for fish.

Their meta-analysis, published in the October 12 edition of the US peer-reviewed journal Proceedings of the National Academy of Sciences, showed that ocean acidification and warming will cut down on the diversity and numbers of various key species.

"This 'simplification' of our oceans will have profound consequences for our current way of life, particularly for coastal populations and those that rely on oceans for food and trade," said associate professor and co-author Ivan Nagelkerken.

Very few organisms are expected to be able to adjust to warmer waters and acidification, with the exception of microorganisms, which are expected to increase in number and diversity.

But the increase in the smallest plankton is not expected to translate into more zooplankton and small fish, meaning bigger fish will struggle to find enough food to eat.

"With higher metabolic rates in the warmer water, and therefore a greater demand for food, there is a mismatch with less food available for carnivores -- the bigger fish that fisheries industries are based around," said Nagelkerken.

"There will be a species collapse from the top of the food chain down."

Oysters, mussels and corals are also expected to take a hit from global warming, which will further harm the environment for reef fish.