Hot or not: Were dinos warm-blooded? 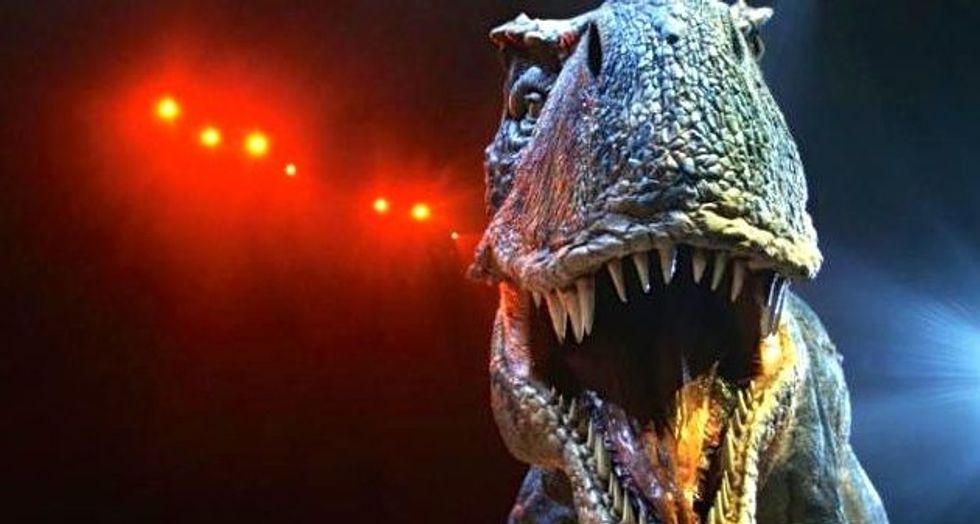 The findings support recent work by other teams that dinosaurs were neither warm- nor cold-blooded, but somewhere in between, researchers wrote in the journal Nature Communications.

But it also indicated that body temperature differed between dinosaur species.

"The temperatures we measured suggest that at least some dinosaurs were not fully endotherms (warm-blooded) like modern birds," said the study's lead author Robert Eagle of the University of California Los Angeles (UCLA).

"They may have been intermediate -- somewhere between modern alligators and crocodiles and modern birds."

This meant they could produce heat internally and raise their body temperature, but not maintain it at a consistently high level.

Warm-blooded animals, or endotherms, typically maintain a constant body temperature while cold-blooded ones, called ectotherms, rely on external heat sources to warm up -- like lizards lazing in the Sun.

Scientists have been debating for 150 years whether dinosaurs were warm-blooded hunters, like mammals, or cold-blooded and sluggish like many reptiles.

"If dinosaurs were at least endothermic (warm-blooded) to a degree, they had more capacity to run around searching for food than an alligator would," Eagle said.

Warm-blooded animals typically need to eat a great deal to stay warm, forcing them into frequent hunts or to eat large quantities of plants.

The team said it used a pioneering procedure to measure the internal temperature of dinosaur mothers which lived some 71-80 million years ago.

They examined the chemical makeup of the shells of 19 fossilised eggs from two types of dinosaur, unearthed in Argentina and Mongolia's Gobi desert.

One was a large, long-necked titanosaur sauropod, a member of the largest animal group to ever to walk the Earth, and the other a smaller oviraptorid -- closely related to Tyrannosaurus rex and modern birds.

The team analysed the behaviour of two rare isotopes in calcium carbonate, a key ingredient in egg shells. The isotopes -- carbon-13 and oxygen-18 -- tend to cluster together more closely at colder temperatures.

"This technique tells you about the internal body temperature of the female dinosaur when she was ovulating," said Eagle's colleague, Aradhna Tripati.

The titanosaur mother's temperature had been about 38 degrees Celsius (100 degrees Fahrenheit), the team found. A healthy human temperature is 37C.

The smaller dinosaur was substantially cooler, probably below 32C -- but was probably able raise its temperature above that of its environment, said the team. Fossilised soil from around the nest area in Mongolia had been about 26C.

"The oviraptorid dinosaur body temperatures were higher than the environmental temperatures -- suggesting they were not truly cold-blooded but intermediate," said Tripati.