Huckabee, father of an alleged dog torturer, doubles down after mocking Koreans for eating dogs 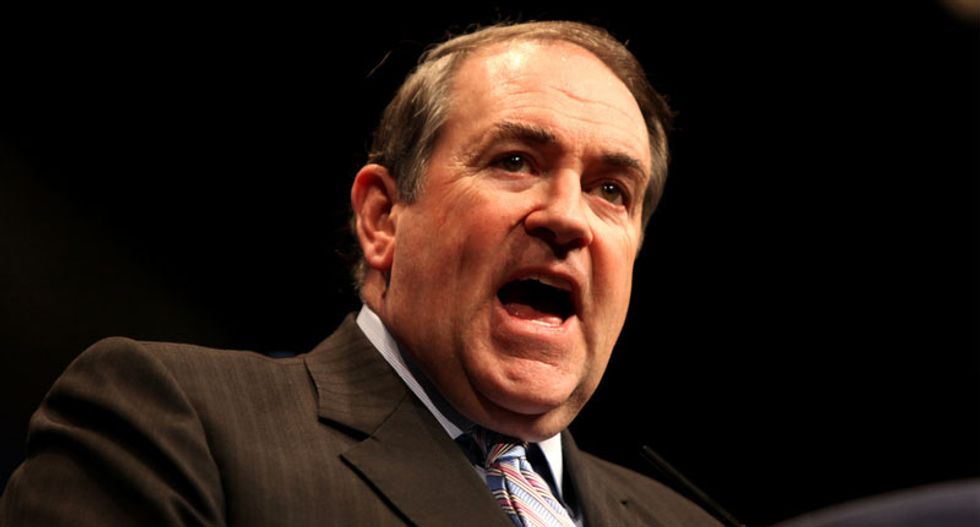 Last night, Huckabee tweeted, "I trust Bernie Sanders with my tax dollars like I trust a North Korean chef with my labrador!"

Responding to the backlash Wednesday, Huckabee took to his Facebook page to lament about "political correctness" and being attacked by the "liberal media."

He also added, "Leave it to liberals to ignore injustices and atrocities of a totalitarian nation on human beings and put more importance on a nation's diet which includes grass clippings and canines."

He continued, "Facts: North Koreans eat dog and Bernie Sanders wants to spend 18 trillion dollars of your money. What's so hard to understand? Poor liberals, no sense of humor and no sense of reality."

The statement seems to be a case of someone in a glass house throwing stones, because Huckabee's son, David, according to accounts, hung a stray dog from a tree until it died while he was working as a summer camp counselor in 1998. Mike Huckabee has been accused on leaning on local officials to prevent a criminal animal cruelty investigation.