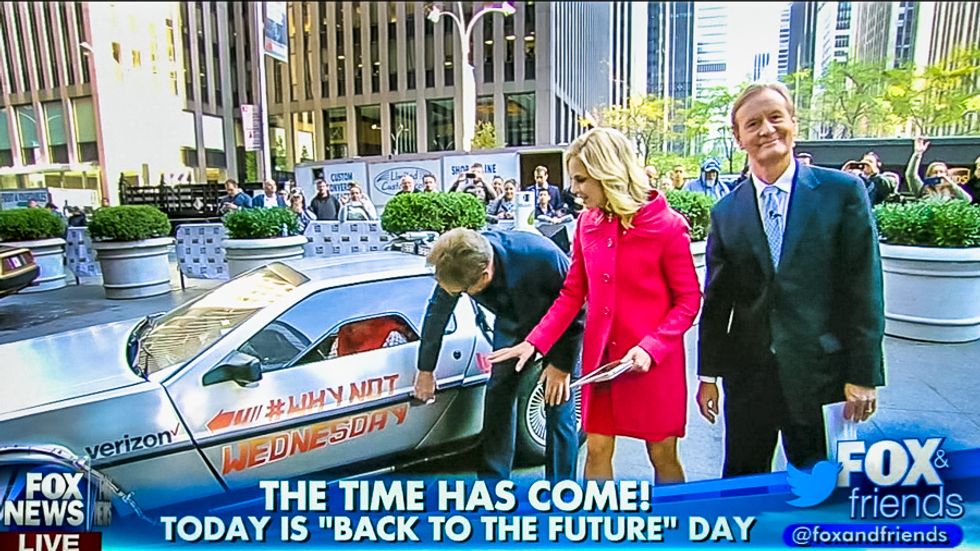 Fox News host Brian Kilmeade celebrated Back to the Future Day on Wednesday by accidentally locking himself inside of the show's iconic Delorean -- and not even Huey Lewis could save him.

Through out the morning on Fox & Friends, stars like Lea Thompson showed up to mark the date that Marty McFly and Doc Brown travel to in Back to the Future II.

For the final segment of the show, Kilmeade dressed up as McFly for an interview with Lewis, who sang the title track for the first movie.

"Where's Brian?" Lewis asked during what was apparently a staged plan for Kilmeade to emerge from the Delorean dressed as McFly. But when Lewis tried to open the door, it wouldn't budge.

"We rehearsed this," Lewis noted, throwing up his hands.

"Just hit the Flux Capacitor and I'm sure something will happen," co-host Elisabeth Hasselbeck offered.