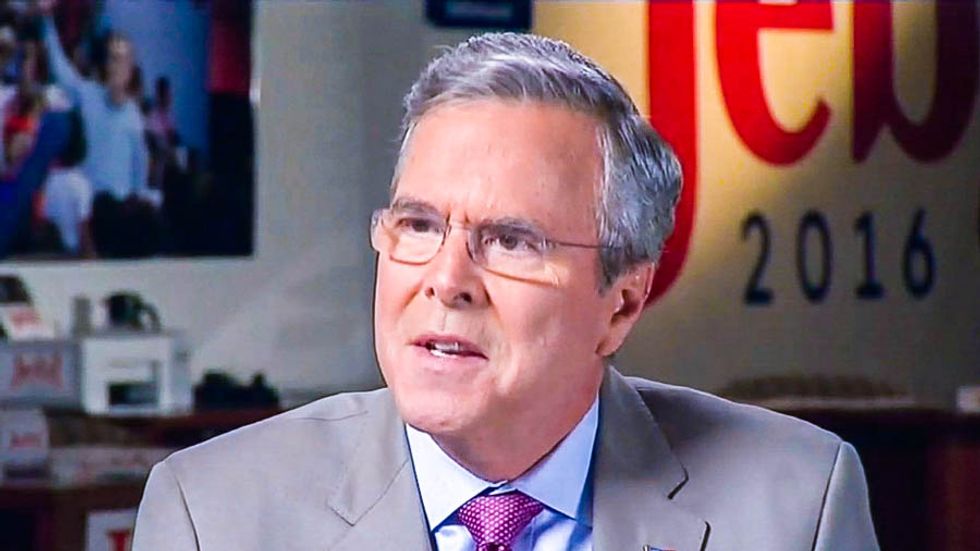 GOP presidential candidate Jeb Bush doesn't sound too enthusiastic about the prospect of running or even winning in the upcoming election.

CNN's Jack Tapper reports Bush made the less-than-joyous comments in South Carolina on Saturday. The former Florida governor and younger brother of President George W. Bush seemed frustrated with the political stand-offs that have come to characterize the American government, and the mud slinging of the current election season.

"If this election is about how we're going to fight to get nothing done, then... I don't want any part of it," Bush reportedly said. "I don't want to be elected president to sit around and see gridlock just become so dominant that people literally are in decline in their lives."

He then took a swing at his GOP rival, Donald Trump.

"I've got a lot of really cool things I could do other than sit around, being miserable, listening to people demonize me and me feeling compelled to demonize them," he said. "That is a joke. Elect Trump if you want that."

Bush's campaign slashed salaries and reduced staff numbers as of Friday in an apparent effort to save money and target resources to early voting states, Reuters reported. The move came as his poll numbers with Republican voters slid downward.

Bush and Trump have had a long-standing cantankerous rapport, as highlighted in recent debates.

A Bush fundraiser who spoke to the Washington Post on condition of anonymity said things are not looking optimistic for Bush's 2016 presidential efforts.

“It feels very much like a death spiral, and it breaks my heart. I don’t know anyone who wants to reinvest now," the source said, adding the campaign has been “head-scratchingly bad in every element. I wouldn’t be shocked in 60 days from now if he wasn’t in the race.”