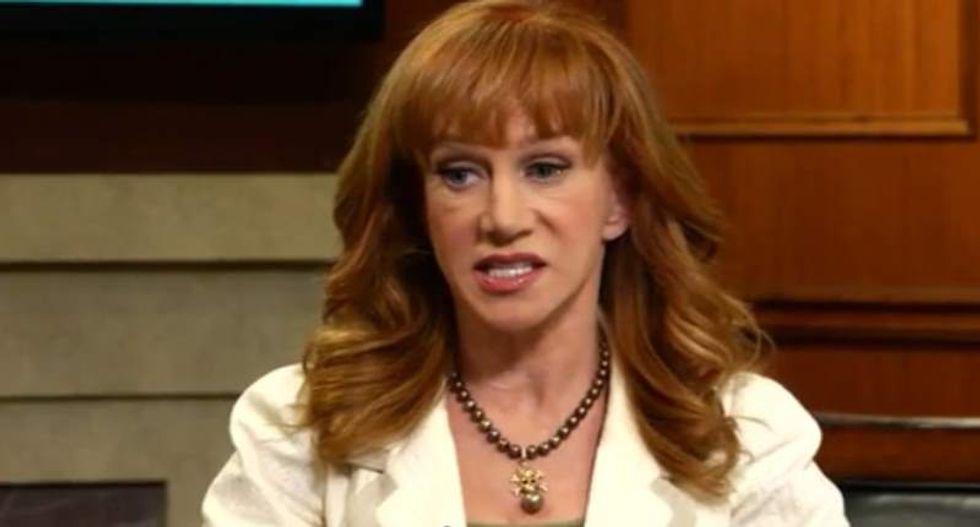 Comedian Kathy Griffin had no shortage of confidence in Hillary Clinton should she end up running against Donald Trump for the presidency.

"I think she would crush him," she told Ora.TV host Larry King. "At the end of the day, you can't just talk over somebody. And that's his game; he just talks over people and he says the same thing and he has the ridiculous hat."

As a woman, Griffin said, she was fearful of the prospect of the real estate mogul being elected, but added, "As a comic, I'm in heaven."

"You realize that it's fun to watch him and his dog-and-pony show, but it would basically be like electing President Gary Busey," she said. "It'd be fun, but you can't send him anywhere."

"Here's how you think America isn't great: if you haven't lived anywhere else or visited anywhere else," she said. "I've been to Iraq and Afghanistan. At this point I'm more qualified to be president. He hasn't even been to those places. So he should just zip it, and get my coffee, b*tch."

Watch Griffin's remarks, as aired on Wednesday, below.