Katy Perry set to roar for Hillary in Iowa 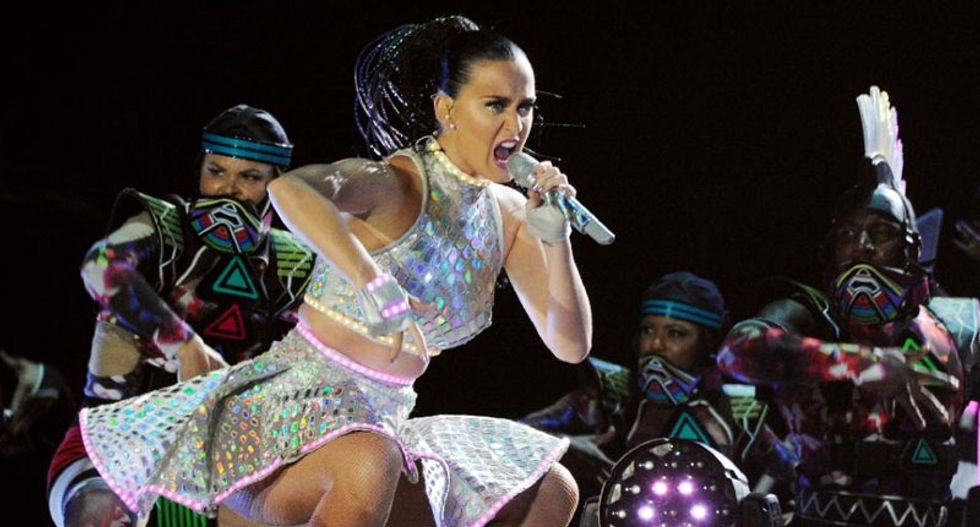 Hillary Clinton will enjoy a roar of support from pop superstar Katy Perry, who has signed on to rally for her presidential campaign.

Perry -- one of the top-selling pop stars of recent years who, at 76.3 million, has more Twitter followers than anyone, including President Barack Obama -- will join Clinton in Iowa, the critical first state in the presidential nomination contest.

Clinton's campaign said, without further detail, that Perry would appear with Clinton on October 24 before the Democratic Party's annual Jefferson-Jackson dinner in Des Moines, the Midwestern state's capital.

Perry's support of Clinton, who is vying to be the first female US president, is already well-known.

Last year, Perry posted a picture of herself with the former secretary of state and senator and offered to write her campaign theme song.

She also performed at Obama's second inauguration and has used her social media power to spread the word on the president's signature reform expanding health care coverage.

The 30-year-old singer -- who has released a string of blockbuster hits including "Roar," "Firework" and "Teenage Dream" -- was raised in a conservative Christian household and does not generally bring politics into her music.

An exception is gay rights, of which Perry has been an outspoken proponent, and which she touched upon in her hit song "I Kissed a Girl."

Perry has been touring Latin America on the final leg of her year-and-a-half long tour to promote the album "Prism," with the final date scheduled for October 18 in San Jose, Costa Rica.

Clinton is the front-runner to secure the Democratic nomination but has faced rising pressure on the left from Senator Bernie Sanders.

Sanders has won endorsements of a number of musicians, although none with Perry's star power. These include Flea of alternative rockers the Red Hot Chili Peppers, Belinda Carisle of all-female New Wave band The Go-Go's, and folk rockers Jackson Browne, Steve Earle and Loudon Wainwright III.