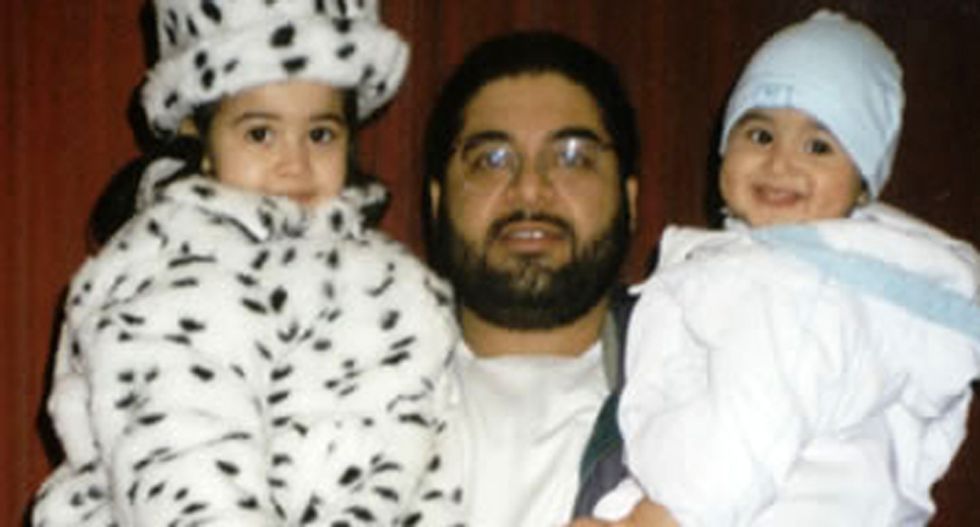 Shaker Aamer has been released after 14 years of incarceration at Guantánamo Bay, where he was beaten by his American military jailers but never tried for any offence, according to reports.

The Guardian understands that Aamer’s release had been imminent. Sky News reported on Friday morning that he had been released, and according to the flight tracking firm FlightAware, a plane left Guantánamo Bay bound for London’s Biggin Hill airport at 11.30pm local time (4.30am GMT).

Aamer’s immediate priorities are likely to be to see his family and get independent medical treatment, and these are unlikely to be denied him. He may be questioned by anti-terrorism police or MI5 officers, but given that ministers – including the prime minister, David Cameron – had campaigned for his release, he is unlikely to need to spend his first night back on British soil in a police cell.

Though the US leaked claims – some extracted from the torture of other detainees – that Aamer fought for al-Qaida and was paid by Osama bin Laden, he was never for any offence. He insists he is innocent and was working in Afghanistan for an Islamic charity when he was detained.

He has said British officials were aware – and on one occasion, present – when he was being beaten by US interrogators. The Foreign Office has said it “did not accept allegations of ... complicity in his mistreatment”. Whether he wishes to, or can, pursue his allegations, remains to be seen.

In January, Cameron raised Aamer’s case with Barack Obama in the White House and won an assurance from the US commander-in-chief that he would prioritise the issue. An announcement that Aamer was to be released followed in September . Friday’s actual release came after the passing of a mandatory 30-day notice period that has to be given to the US Congress in all such cases.

Andy Worthington, co-director of the We Stand With Shaker campaign, said he had been informed by Aamer’s lawyer that he was due to return to the UK on Friday.

“We’re delighted to hear that his long and unacceptable ordeal has come to an end,” Worthington said. “We hope he won’t be detained by the British authorities on his return and gets the psychological and medical care that he needs to be able to resume his life with his family in London.

The human rights charity Reprieve wrote on Twitter: “Looks like a plane has left Guantánamo Bay, bound for London.”

Judging by the descriptions given by Clive Stafford Smith, the director of Reprieve, which has been acting for Aamer over the years, and visited him more than 30 times, he will need prolonged treatment. He has been on hunger strike and held in solitary confinement.

Aamer can be expected to receive compensation, perhaps as much as £1m, as 15 other British residents and citizens were in 2010, in return for dropping a civil case for unlawful imprisonment. They abandoned their demands for evidence they said would back their case that MI5 and MI6 were involved in their rendition to Guantánamo Bay.

That year, 2010, officers from the Met police visited him at the US military jail on Cuba where they questioned his allegations of British security and intelligence agency complicity in his mistreatment. Aamer has said British officials were aware he was beaten at Bagram, the US prison in Afghanistan, before he was secretly flown to Guantánamo Bay, and on one occasion a British intelligence officer was present when US interrogators banged his head against a wall.

It is unclear whether Aamer’s lawyers have advised him to agree to a confidentiality agreement and to voluntary security measures. Binyam Mohamed agreed to such measures, including regular reports to a police station, when he was released to Britain from Guantánamo Bay.

Aamer, born in Medina, Saudi Arabia, 47 years ago, is a British resident with a British wife and four British children – his fourth child, Faris, was born the day he was flown to Guantánamo Bay.

His wife, Zin Siddique, and her family live in Battersea, south London, where the MP Jane Ellison has campaigned for his release.

He was captured by what are said to be bounty hunters from the anti-Taliban Northern Alliance in Afghanistan and handed over to US forces in December 2001. Two months later, he was rendered to Guantánamo Bay.

Repeated calls by successive British governments for his release will weaken the impact of any hostile stories, or smear tactics, directed at Aamer on his return to the UK.