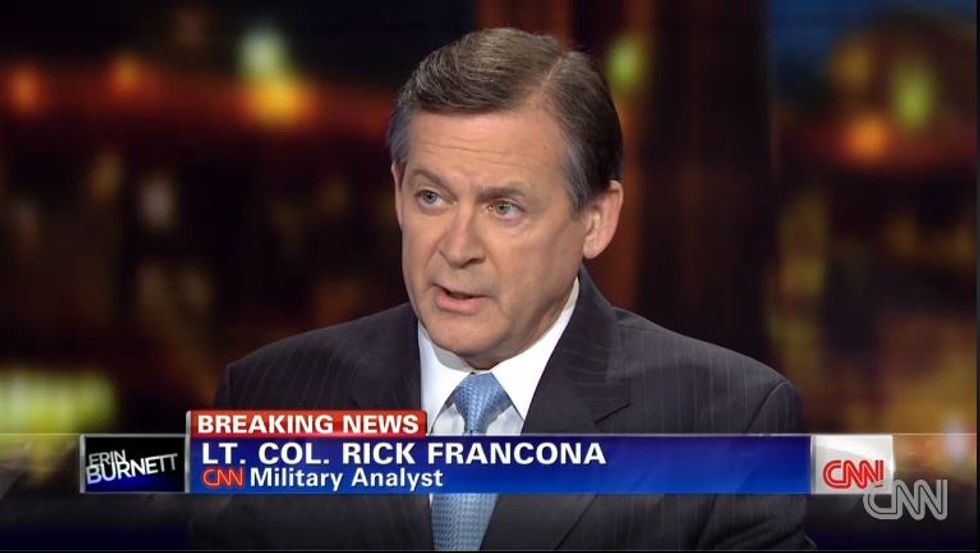 Less than two hours after massacre at Umpqua Community College on Thursday, CNN military analyst Rick Francona suggested that the shooter had chosen the location because it was a gun free zone.

"We were talking earlier about these gun free zones in Oregon," Francona told CNN host Brooke Baldwin. "Oregon is a shall issue permit state. A lot of Oregonians do have concealed handgun licenses, that's what we call them here."

"The gun free zones are the areas that tell licensed gun owners that you are not allowed to carry your weapon in this facility," he continued. "So, they do serve a purpose to let everyone know that this is a gun free zone."

"If you're going to perpetrate some act, you know that most people are not going to be armed."

"You are really setting people up -- and law enforcement -- for somewhat of a failure when you have an active shooter scenario," Gilliam insisted. "Clearly, policy has to be looked at and what's effective."

"This shows you how quickly these things can go bad, and these gun free zones, just like happened in Tennessee that this shooter that went onto a military installation, which was a gun free zone," he added. "We see that the only thing that's going to stop a gun is another gun."