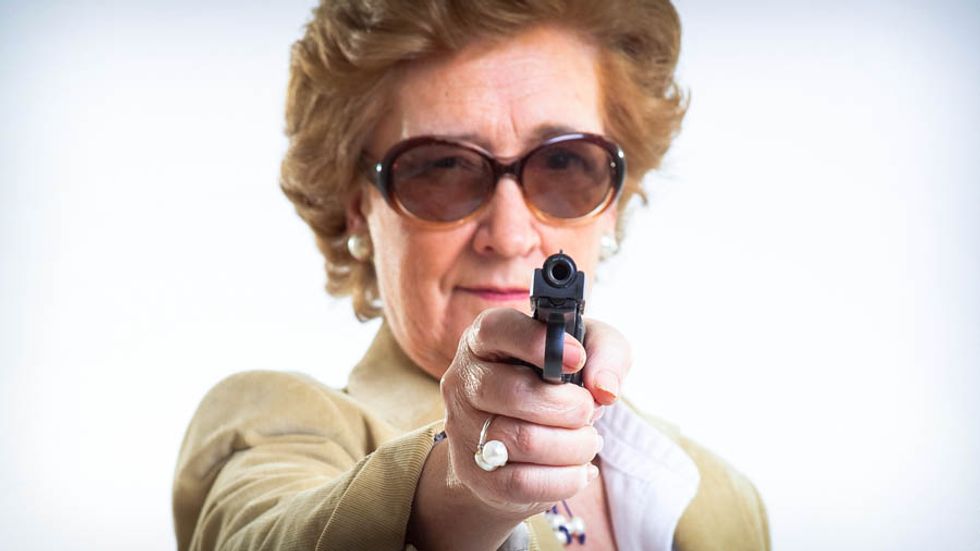 Mature lady with sunglasses and a gun in her hand (Shutterstock.com)

Police in Auburn Hills, Michigan are investigating whether or not to charge a conceal carry permit holder who opened fire at alleged shoplifters at a Home Depot store.

According to The Detroit News, the 47-year-old woman was watching from the store's parking lot on Tuesday as a loss prevention officer appeared to be trying to stop a shoplifter. When the suspects tried to flee in a dark SUV, the woman pulled out her concealed 9mm handgun and began shooting.

The SUV escaped but police believed that at least one of the bullets hit the vehicle, flattening a tire. The suspects were described as two men in their 40s, one black and one white. It was not immediately clear if either of the men were shot as they fled.

The Detroit Free Press reported that the woman had a concealed carry permit and was cooperating with law enforcement. Auburn Hills police had not decided if the woman would be charged.