'My eyes were screaming': Woman enlists psychologist to help blind herself with drain cleaner 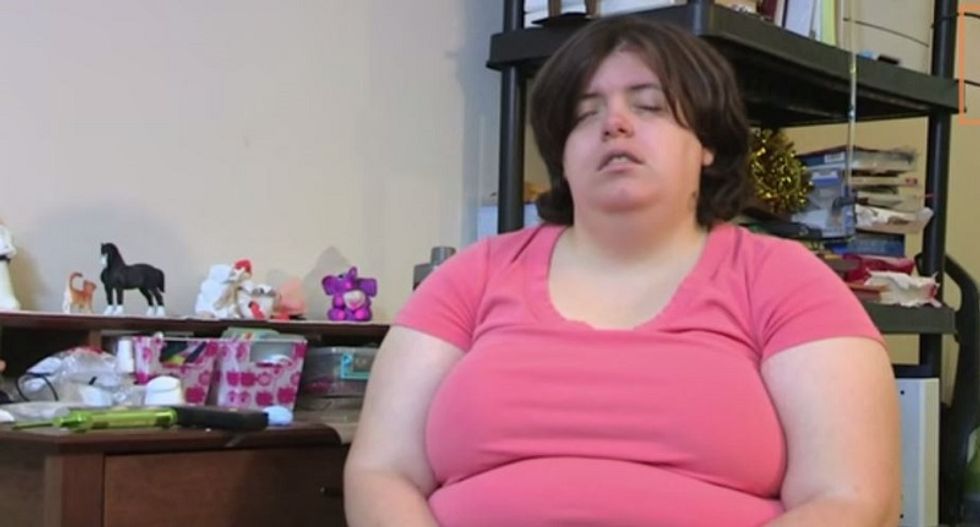 A North Carolina woman purposely blinded herself with the help of a psychologist due to a rare condition that causes a person to long to be disabled, according to the Daily Mail.

Jewel Shuping, 30, had her psychologist pour drain cleaner in her eyes and over the course of several months, she fulfilled a lifelong desire to lose her eyesight. Shuping suffers from an extremely rare condition called Body Integrity Identity Disorder, which means her idea of what her body should be like does not match reality. People with BIID have been known to ask surgeons to amputate healthy limbs or paralyze them. The ethics of treatment for the disorder are under debate.

While most would greet the idea of going blind with horror, Shuping said it gave her a sense of comfort.

"I really feel this is the way I was supposed to be born, that I should have been blind from birth," Shuping told the Daily Mail. "When there's nobody around you who feels the same way, you start to think that you're crazy. But I don't think I'm crazy, I just have a disorder."

As a result of the drain cleaner being poured in her eyes, Shuping completely lost her left eye and the damage to her right was so complete that she is now totally blind.

She said her fixation with being blind started as a child. She used to stare into the sun after being told by her mother that it would make her go blind.

"My mother would find me walking in the halls at night, when I was three or four years old," she said. "By the time I was six I remember that thinking about being blind made me feel comfortable."

To carry this out, she had to find a psychologist willing to blind her. She found that person in 2006. The psychologist is not named by the Daily Mail and it’s unclear if the mental health professional faces criminal charges. Shuping said the psychologist first numbed her eyes and placed drops of drain cleaner in each eye, then took her to the hospital.

The process, despite the numbing drops she bought from Canada, was still extremely painful.

"My eyes were screaming and I had some drain cleaner going down my cheek burning my skin," she told the Daily Mail. "But all I could think was 'I am going blind, it is going to be okay.'"

Dr. Michael First, professor of clinical psychiatry at Columbia University, said there is no known cure for BIID, as with many psychiatric conditions. It's about helping people cope.

First is an expert in BIID but is not Shuping's doctor and didn't comment on how she became blind.

"In the world of psychiatry cures are rare, very often it's about asking how you make someone's life fulfilling despite their condition," he told the Daily Mail. "Now the problem of course if you have a particular individual who wanted amputation or who wants to be blind - how do you know once you have done it that they are going to be satisfied?"

Shuping said she hopes her story will raise awareness of the condition because people who have it go to dangerous lengths to disable themselves.