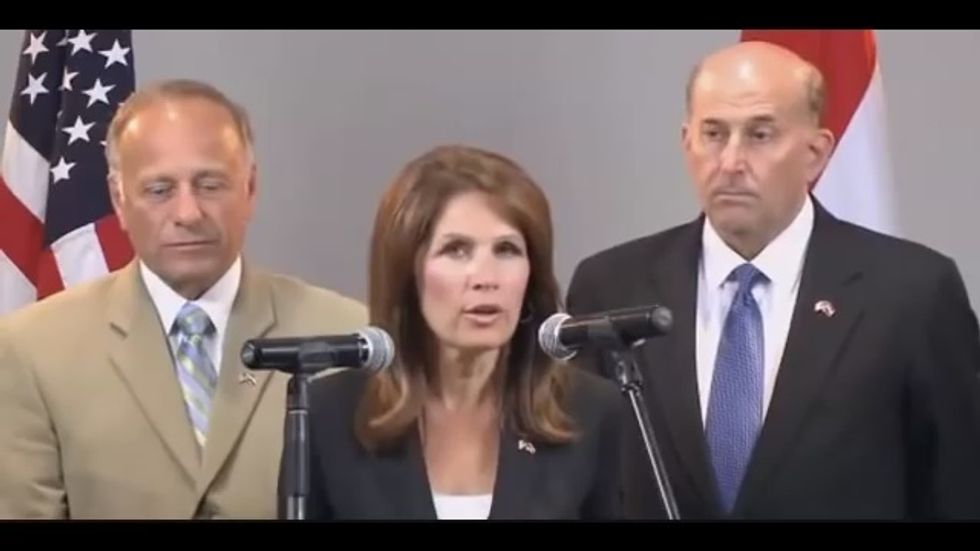 Let's see what the peer-reviewed research has to say about the conservative brain.

1. Conservatives tend to focus on the negative

In a 2012 study published in the prestigious journal Behavioral and Brain Sciences, liberal and conservative participants were shown collages of both negative and positive images on a computer screen while their eye movements were recorded. While liberals were quicker to look at pleasant images, like a happy child or a cute bunny rabbit, conservatives tended to behave oppositely. They’d first inspect threatening and disturbing pictures—things like car wrecks, spiders on faces, and open wounds crawling with maggots—and would also tend to dwell on them for longer. This is what psychologists call a “negativity bias”. If you think about it, this makes a lot of sense. When attention is biased toward the negative, the result is an overly threat-conscious appraisal of one’s surroundings. Essentially, to many conservatives the world looks like a much scarier place. This would seem to explain why so many major conservative viewpoints tend to be rooted in irrational fears—like fear of the president, immigrants, Muslims, vaccinations, etc.

A study found that conservatives have a stronger physiological response to startling noises and graphic images. This adds to a growing body of research that indicates a hypersensitivity to threat—a hallmark of anxiety. But why exactly would those that scare more easily tend to support conservative views? One social psychologist from the University of Central Arkansas, Paul Nail, has a pretty interesting answer: “Conservatism, apparently, helps to protect people against some of the natural difficulties of living. The fact is we don’t live in a completely safe world. Things can and do go wrong. But if I can impose this order on it by my worldview, I can keep my anxiety to a manageable level.” This could explain the two parties’ different stances on gun control. It only makes sense that those who startle more easily are also the ones that believe they need to own a gun.

A 2008 study catalogued items found in the bedrooms of college students and saw that while liberals owned more books and travel-related items, conservatives had more things that kept order in their lives, like calendars and cleaning supplies. This tells us that liberals more often seek adventure and novel experiences. Conservatives, on the other hand, seem to prefer a more ordered, disciplined lifestyle. This could help explain why they are so resistant to change and progressive policies.

Using MRI, scientists from University College London have found that students who identify themselves as conservatives have a larger amygdala than self-described liberals. This brain structure is involved in emotion processing, and is especially reactive to fearful stimuli. It is possible that an oversized amygdala could create a heightened sensitivity that may cause one to habitually overreact to anything that appears to be a potential threat, whether it actually is one or not. This disproportionate fear response could explain how, for example, Bush’s administration was able to gather wide public support amongst conservatives for invading Iraq. They knew if they said the phrase “weapons of mass destruction” enough times that it wouldn’t matter whether they really existed or not.

Now we see that empirical evidence tells us that conservatives and liberals don’t just have different outlooks and opinions. They also have different brains. This means that our choice of political affiliation and overall worldview may not really be all that much of a choice. Still, we must work to understand these psychological and biological distinctions so that we can ultimately use this knowledge to work better together and find middle ground. Such information may also make us less vulnerable to those who want to exploit these dispositions for their own selfish agendas, using tactics like fear mongering.

Furthermore, knowing why someone is the way they are helps us to be more tolerant and patient with one another. But we must also be honest about the situation. When important choices are being made based on gut instinct rather than logical reasoning, it is everyone’s responsibility to point this out so that it doesn’t result in catastrophe. And in a time when there actually are real threats present, like Ebola and ISIS, it is essential that we keep the paranoia at bay and a calm collectedness when making decisions.