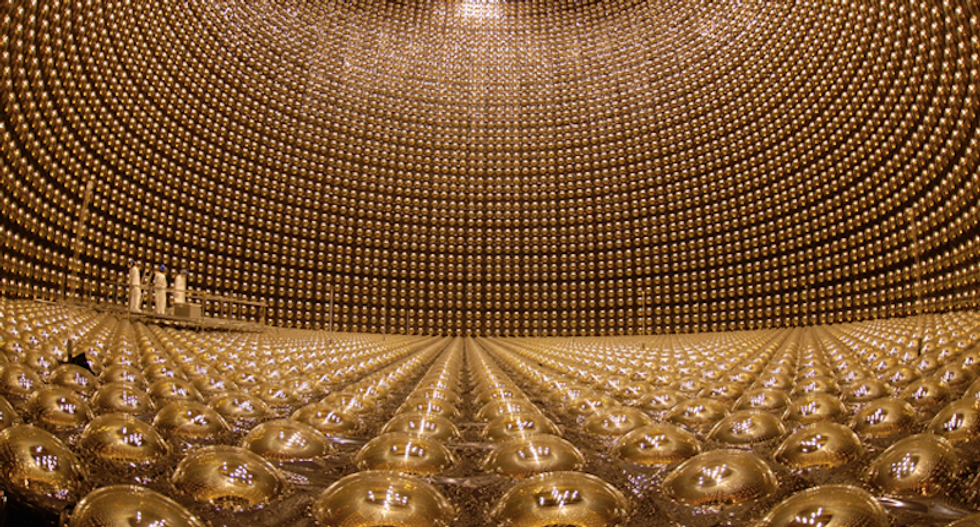 Japan's Takaaki Kajita and Canada's Arthur B. McDonald won the 2015 Nobel Prize for Physics for their discovery that neutrinos, labeled nature's most elusive particles, have mass, the award-giving body said on Tuesday.

"The discovery has changed our understanding of the innermost workings of matter and can prove crucial to our view of the universe," the Royal Swedish Academy of Sciences said in a statement awarding the 8 million Swedish crown ($962,000) prize.

The scientists' research discovered a new phenomenon – neutrino oscillations - that was seen as ground-breaking for particle physics.

"Yes there certainly was a Eureka moment in this experiment when we were able to see that neutrinos appeared to change from one type to the other in traveling from the Sun to the Earth," McDonald told a news conference in Stockholm by telephone.

Kajita is director of the Institute for Cosmic Ray Research and professor at University of Tokyo, while McDonald is professor Emeritus at Queen’s University in Canada.

Physics is the second of this year's Nobels. The prizes were first awarded in 1901 to honor achievements in science, literature and peace in accordance with the will of dynamite inventor and business tycoon Alfred Nobel.