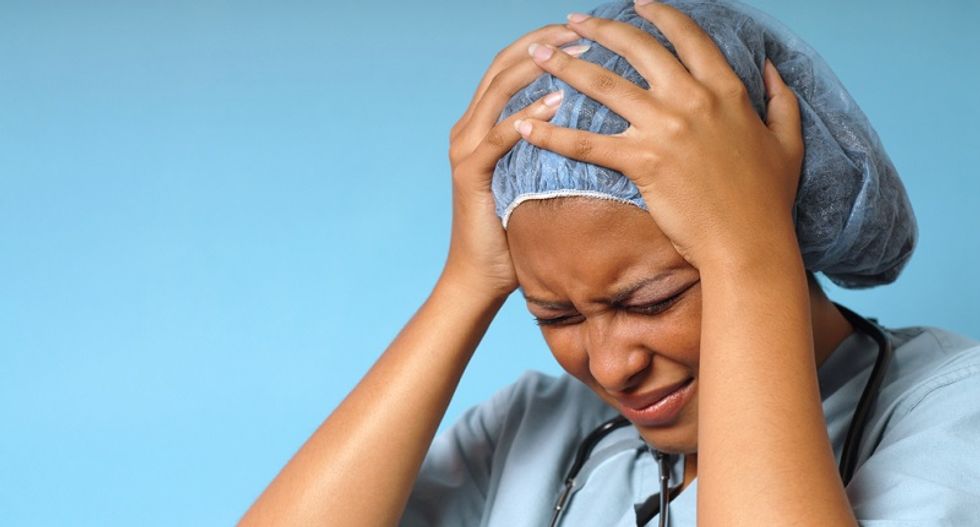 Nurses in New York state are outraged over a job ad seeking a female nurse, but specifying, "no Haitians," CBS New York reports.

The ad in a local Pennysaver newsletter was posted for a position in West Haverstraw, a town in upstate New York by Interim Healthcare Inc., a staffing company for home health care, according to their website. The post asks for a "laid back nurse, no haitians" and promises a weekly paycheck.

"It's very distasteful, hurtful for this day and age, to have this published," Mireille Leroy, a 24-year nurse and president of the Haitian American Nurses Association of Rockland County said, adding that kind of "racism will not be tolerated."

New York State Senator David Carlucci told the station his office has been flooded with complaints.

"I'll be calling on the commissioner of labor and the attorney general to do a thorough investigation to make sure that this form of racism, this form of discrimination is not tolerated in our state at all," he said.

Berthilde Durfrene said she wants to see the company make a public apology.

"I truly believe this was just an employee who was having a bad day," she said.

"We aught to be intolerant to this level of prejudice," she wrote. "This is an institution that provides care but yet demonstrates such carelessness and indiference toward a specific group of people. I am disappointed with Interim Healthcare as the entire community should be."