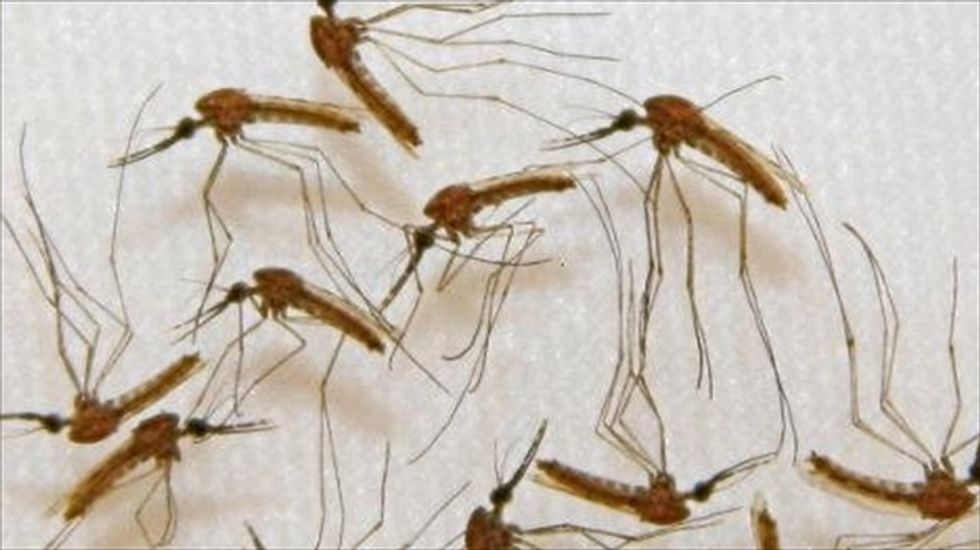 Three scientists from Japan, China and Ireland whose discoveries led to the development of potent new drugs against parasitic diseases such as malaria and elephantiasis won the Nobel Prize for Medicine on Monday.

Irish-born William Campbell and Japan's Satoshi Omura won half of the prize for discovering avermectin, a derivative of which has been used to treat hundreds of millions of people with river blindness and lymphatic filariasis, or elephantiasis.

China's Youyou Tu was awarded the other half of the prize for discovering artemisinin, a drug that has slashed malaria deaths and has become the mainstay of fighting the mosquito-borne disease.

Some 3.4 billion people, most of them living in poor countries, are at risk of contracting these parasitic diseases.

"These two discoveries have provided humankind with powerful new means to combat these debilitating diseases that affect hundreds of millions of people annually," the Nobel Assembly at Sweden's Karolinska Institute said.

"The consequences in terms of improved human health and reduced suffering are immeasurable."

Today, the medicine ivermectin, a derivative of avermectin made by Merck & Co, is used worldwide to fight roundworm parasites, while artemisinin-based drugs from firms including Sanofi and Novartis are the main weapons against malaria.

Omura and Campbell made their breakthrough in fighting parasitic worms, or helminths, after studying compounds from soil bacteria. That led to the discovery of avermectin, which was then further modified into ivermectin.

The treatment is so successful that river blindness and lymphatic filariasis are now on the verge of being eradicated.

Youyou turned to a traditional Chinese herbal medicine in her hunt for a better malaria treatment, following the declining success of the older drugs chloroquine and quinine. This led to the isolation of artemisinin, a new class of anti-malaria drug.

Despite rapid progress in controlling malaria in the past decade, the disease still kills around half a million people a year, the vast majority of them babies and young children in the poorest parts of Africa.

The 8 million Swedish crowns ($960,000) medicine prize is the first of the Nobel prizes awarded each year. Prizes for achievements in science, literature and peace were first awarded in 1901 in accordance with the will of dynamite inventor and businessman Alfred Nobel.

The grinding sound you’re hearing is the Rupert Murdoch propaganda machine chewing up Donald Trump and spitting him out.


That’s the good news. We’ll get to the bad news shortly.

Fox News host Harris Faulkner was taken aback on Tuesday when Joe Manchin turned the tables on her and asked if she feared that his big bill focused on health care, energy, and deficit reduction would be good policy.

During an interview on Fox News, Faulkner grilled Manchin about his proposed bill, which would implement a minimum 15 percent tax on large corporations, open up new opportunities for oil and gas extraction, invest in green energy resources, allow Medicare to negotiate for a limited number of prescription drug prices, and lock in stronger subsidies for Americans who get their health insurance through the Affordable Care Act.