Obama and Romney: Is there really a difference in hindsight? 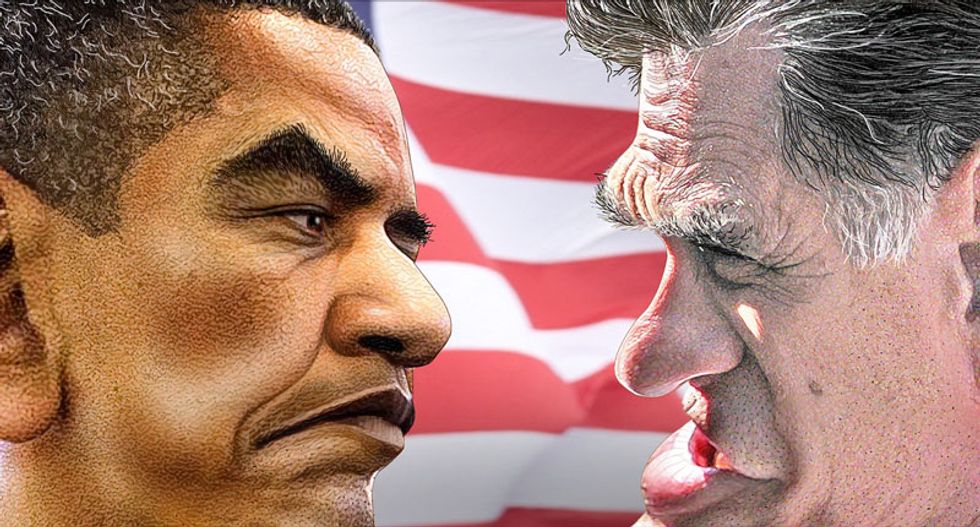 How are liberals and progressives supposed to judge President Obama when we consider his recent corporatist appointments, his adamant position on the Trans-Pacific Partnership, his schizophrenic position on the environment, and his recent announcement that US troops will remain in Afghanistan? It makes you wonder whether there really is much of a difference between the two major parties.

Let’s look at the record.

In July 2010, President Obama appointed Michael Taylor to the position of senior adviser to the commissioner of the Food and Drug Administration.  Before that, Taylor was corporate attorney, vice-president and lobbyist for Monsanto, the company that has spent millions of dollars to force genetically-modified foods onto the world’s dinner plates. This was a year after the American Academy of Environmental Medicine called for a moratorium on GMO foods.

That’s just for starters. During his first term, President Obama continued many of Bush’s military policies, keeping the infamous Guantanamo prison open and continuing military action in Afghanistan. He has allowed the continuation of drone attacks on civilians and supported the National Defense Authorization Act, essentially legalizing martial law.

Assuming office just after the Wall Street-created financial meltdown of 2008, President Obama then proceeded to appoint those responsible to key economic positions – including former Citigroup executive (as well as personal friend and classmate) Michael Froman, who oversaw hedge funds during the collapse of the housing market. When US Attorney General Michael Mukasey stepped down in 2009, Obama named former corporate lawyer Eric Holder as his replacement. Holder’s law firm (to which he has returned since leaving office) has represented Bank of America, tobacco giant Philip Morris and defense contractor Halliburton. During his tenure, not one Wall Street executive went to prison – or even faced prosecution. Under his successor, Loretta Lynch, the Department of Justice has laid out “guidelines” for prosecuting actual, human executives – but now that the statute of limitations has passed on most of those crimes, such action is largely symbolic. The Obama Administration’s approach to the banking industry has been described as “right of European conservative leaders.”

Related to the Obama’s failure to rein in Wall Street is the appointment of Mary Jo White to head the Securities and Exchange Commission. Writing in Rolling Stone in 2011, Matt Taibbi pointed out that as head of the litigation department at a high-profile New York City law firm, she used her influence and connections in order to shield Wall Street executives from prosecution. Because of her work at that law firm and her husband’s connections, she has had to recuse herself from at least fifty SEC enforcement cases. In June of 2015, Senator Elizabeth Warren wrote a letter to White, in which she stated:

[You have] “presided over new SEC rulemakings that have created large loopholes in important Dodd-Frank disclosure rules, and have issued new rules for small business capital formation that preempted important state consumer protections…I am disappointed by the significant gap between the promises you made during and shortly after your confirmation and your performance as SEC chair.

It’s “business as usual” at the SEC.

Obama’s environmental record is mixed at best. While he has talked a good game on climate change, his Administration has allowed the continuation of offshore drilling. His current Secretary of the Interior, Sally Jewell, recently opened up remote areas of the environmentally-sensitive Arctic Ocean to drilling. She allowed this, despite the agency’s own impact statement earlier this year, which calculated a 75% risk of a major oil spill – as well as pointing out the fact that there is no effective way to clean it up. This doesn’t take into account the Obama Administration’s continuation of energy policies that will continue to keep the US chained to fossil fuels. Oil leases have been “fast-tracked,” with no consideration of the environmental impacts of previous drilling attempts.

The Obama Administration’s record on health care has been almost as disappointing. Although the Affordable Care Act (which was based on a Romney model) has allowed more Americans to obtain health care services without risking bankruptcy, it falls far short of the guaranteed, universal health care enjoyed by citizens in other industrialized nations. Furthermore, it keeps the corrupt, private, profit-driven, corporate health care system intact and in control of the US health care “system.” The ACA has failed to address spiraling costs, as many continue to see premiums and co-pays rise.

At the same time, control and oversight of the pharmaceutical industry is far from adequate. It seems that new reports of harmful prescription drugs and defective medical devices come out every week. Yet in 2008, Obama’s initial choice for Secretary of Health and Human Services was former South Dakota Senator Tom Daschle, who was paid $16 million as an adviser to health care lobbyists over the previous five years. Daschle, who left the Senate in 2003, represents the epitome of “revolving door” politics. Most recently, President Obama selected Dr. Robert Califf to head the FDA. While Califf is a respected cardiologist, his career as a professor at Duke University has been largely subsidized by the pharmaceutical industry – bringing up serious and justified concerns about his objectivity. Additionally, he has been implicated in pushing the anticoagulant drug Xarelto through the FDA, despite the fact that the studies he relied upon were highly flawed and misleading.

PoliticalCompass places Barack Obama just a little bit left of Mitt Romney, and only slightly lower on the authoritarian scale. In 2012, an unidentified author for the website posted the following:

As outrageous as it may appear, civil libertarians and human rights supporters would have actually fared better under a Republican administration…[Obama’s election] means a significant  shift of political power to the very moneyed interests that earlier elections tried to contain.

In light of President Obama’s record, those who dismiss the Democrats and Republicans as nothing more than slightly different wings of a single Corporatist Party have valid arguments to support their views. It is also a state of affairs to which the electorate has caught on, as evidenced by the overwhelming support for “outsider” candidates Bernie Sanders and Donald Trump.