WATCH: Obama calls for stricter gun control: ‘Our thoughts and prayers are not enough’ 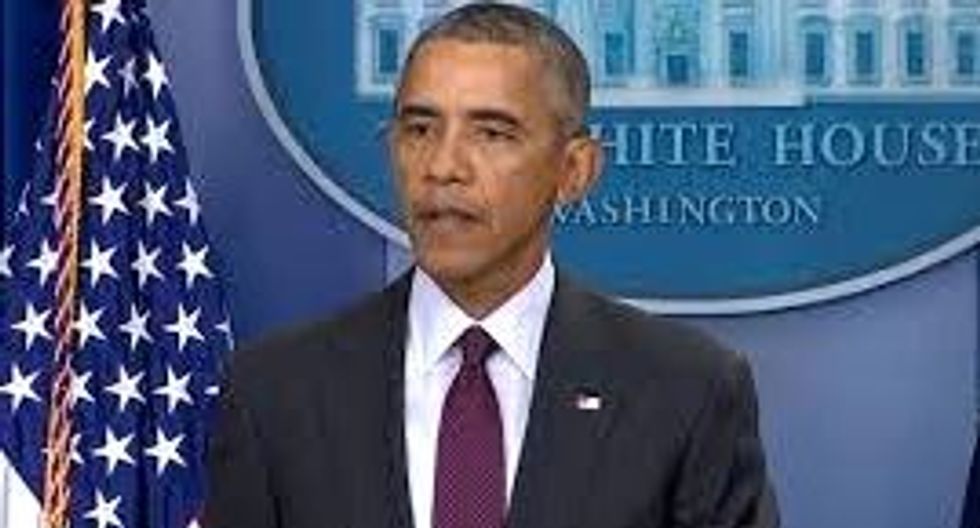 Appearing in the White House briefing room with a grim expression and an angry tone, Obama said it was not enough to offer prayers after major shootings continued to occur regularly throughout the country.

Nodding to the arguments that such shootings are often committed by the mentally ill, Obama said it was clear that anyone who commits such crimes had a "sickness in their minds."

Obama spoke mainly without notes, angrily anticipating the arguments that gun advocates would brandish in the wake of the shooting. He said he knew his opponents would criticize him for politicizing a tragedy.

“This is something we should politicize,” he said, calling on Americans of all political stripes to hold their elected leaders accountable for acting on the issue.

Obama called on gun owners who use weapons for hunting, sport and protection to question whether the gun lobby represented their views. He did not mention the National Rifle Association by name, but his comments were clearly directed at that organization, which has broad political influence in Washington.

Obama and Vice President Joe Biden made a concerted push for broad gun control reforms after the 2012 Newtown, Connecticut school shooting of young children that shocked the country. They were unsuccessful.

Obama said he would continue to bring up the need for reform every time such a shooting took place, but the White House has made clear that it was unlikely to attempt another broad push on gun control through the Republican-led U.S. Congress.

On Friday, The Daily Beast reported that former President Donald Trump is now asking supporters on his email list to chip in money to help him fight his lawsuit against CNN.

This comes in spite of the fact that the lawsuit, announced last week, has not yet actually materialized and Trump has not taken any formal steps to initiate legal action against the cable network.