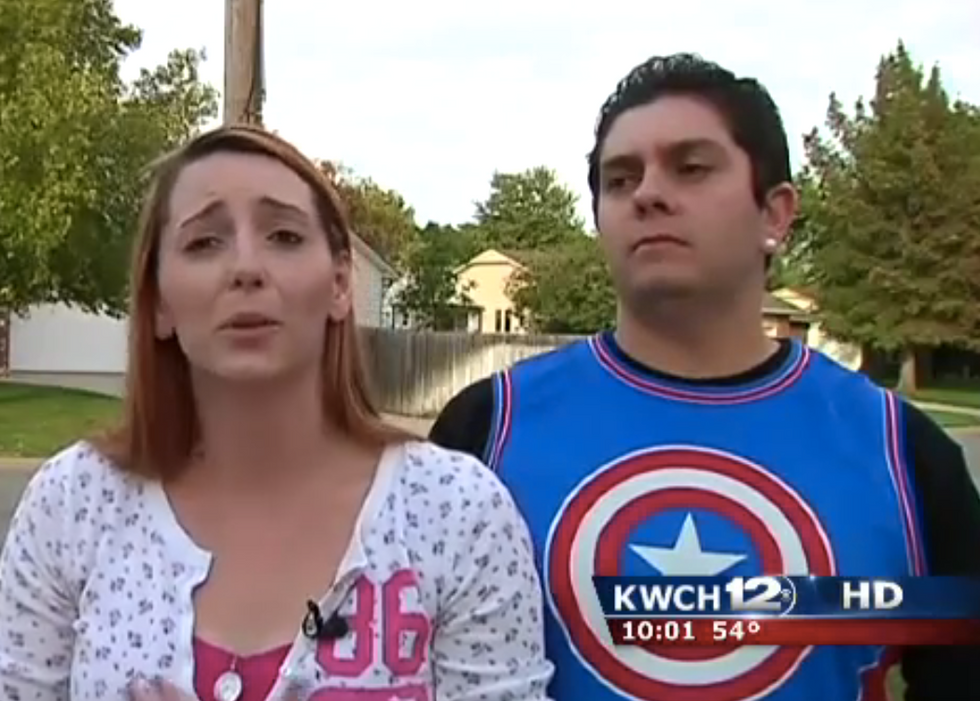 Police in Salina, Kansas are investigating an accidental shooting in a movie theater that took place when a newly licensed gun carrier shot himself in the leg.

According to KWCH Channel 12, the gun went off about 45 minutes into a Friday night feature at Salina's Central Mall theater.

"At first what popped into my mind was that someone popped a bag of candy or something and was goofing off or something," said moviegoer Heather Myers.

"It took a while after the bang, but this guy started shouting 'Oh my God, I just shot myself! I just got my concealed and carry,'" Myers said, "and then everybody jumped up and that's when we heard, 'Call 9-11!'"

"You could feel the concussion of the shot," said witness Domenic Rabone. "I mean you know being in a movie theatre it's a surreal situation, and I don't believe anybody really expects it to be a gunshot."

"As soon as it registered and I realized it was a gun, it scared me," said Myers.

Police treated the situation as a medical emergency as opposed to a live shooter scenario. No one else in the theater was hurt.

Kansas' concealed carry laws changed July 1, making it legal for citizens with permits to carry guns anywhere they like.

Myers said that while she supports the law, the situation on Friday jarred her.

"I believe in protecting yourself, but it is scary knowing they're in public places," she said. "I feel absolutely terrible for the gentleman that shot himself, but the first thing I thought of was thank God he didn't shoot anybody else."