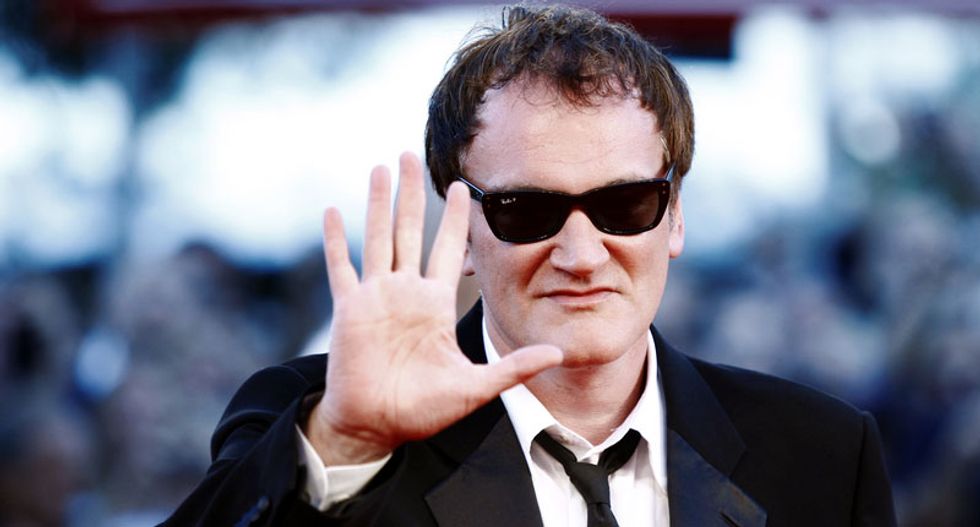 A third major police union has added its voice to calls for a boycott of Quentin Tarantino’s movies, after the Oscar-winning film-maker spoke at a rally against police brutality in New York.

John McNesby, president of the Philadelphia Fraternal Order of Police Lodge 5, said the organisation had voted unanimously to join the protest. Patrick Lynch, president of the Patrolmen’s Benevolent Association in New York, first mooted the boycott on Monday and has since also received backing from the Los Angeles Police Protective League.

“Tarantino has shown through his actions that he is anti-police,” McNesby said in a statement. “Mr Tarantino has made a good living through his films, projecting into society at large violence and respect for criminals; it turns out he also hates cops.”

Tarantino joined three days of protests in New York last week organised by Rise Up October, a group opposing police violence and what organisers call a “genocidal assault on black and Latino people in this country”. Police unions have criticised the film-maker for appearing at the rally and labelling killings by police as “murder” a week after NYPD officer Randolph Holder was fatally shot in the city.

Tarantino has also received criticism from conservative commentators such as Fox News’s Bill O’Reilly, who said the film-maker had “ruined his career” following the remarks. The Pulp Fiction director, whose new film The Hateful Eight debuts in the US on Christmas Day, has not responded to talk of a boycott.

Historically, boycotts of popular movies generally do not work.

Earlier this month, racist trolls called for fans to stay away from cinemas showing Star Wars: The Force Awakens because director JJ Abrams had cast a black actor, John Boyega, as one of the leads – but the film is tipped to be among the highest-grossing films of all time when it hits cinemas in December. Likewise, in 2006 fans of Pierce Brosnan who asked Bond acolytes to boycott the spy saga due to the casting of Daniel Craig as the new 007 must have sat back aghast as the latest iteration of the suave secret agent reached new heights of critical acclaim and box-office success.

Some rightwing American commentators have, however spuriously, claimed victory after Apple biopic Steve Jobs floundered at the US box office this weekend after angry Republicans calling for a boycott of cast member Seth Rogen. The comic, who has a supporting role as Apple co-founder Steve Wozniak in Danny Boyle’s Oscar-bait drama, had earlier tweeted “Fuck you @RealBenCarson” to the Republican presidential candidate.