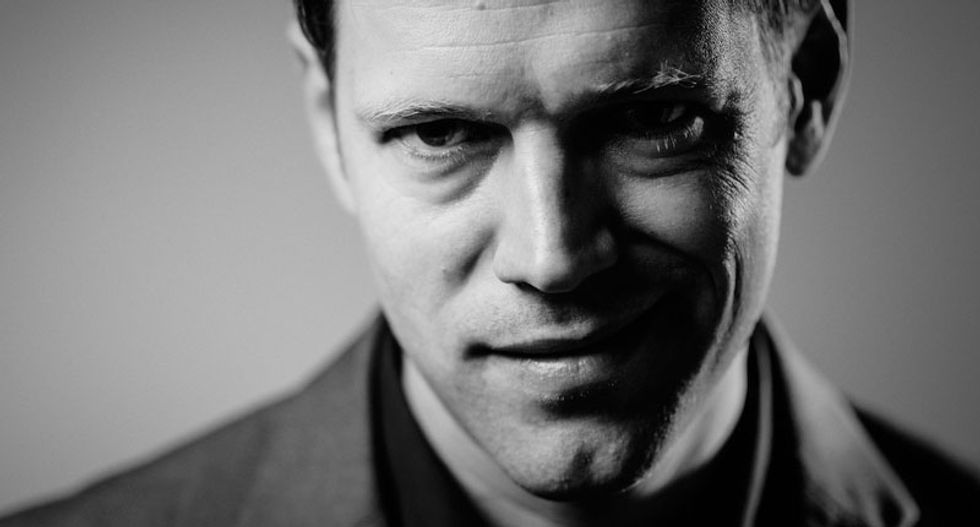 Man with an evil smirk (Shutterstock)

Isoprene: it’s a gas that helps aerosols form in the atmosphere. It’s relevant to climate change because aerosols help clouds form, which can have cooling (by reflecting sunlight) or warming (by trapping heat) effects, depending on the type of cloud. Aerosols also cause cooling by directly scattering sunlight.

Past field measurements indicated that the oceans were releasing less isoprene than climate model simulations suggested they should. A new study found that previously unidentified reactions in the sea surface microlayer might represent a significant source of isoprene that could reconcile the discrepancy between measurements and models. In fact, climate models may even be underestimating the amount of isoprene released from the oceans.

Not relevant to global warming

What are the implications of this study for recent global temperature changes? As co-author Dr. Christian George told Carbon Brief ,

Our study is a new brick that should help understanding our complex world, by providing new knowledge on air-sea exchanges, but it definitively does not question climate change, it just helps us understand its impact.

There is no question that the global climate will become warmer. The question is just how much, how fast and how the effects will change our lives.

Professor Piers Forster explained why suggestions that this study have significant climate change implications are wrong for several reasons. The primary reason is that changes in global temperature would only be caused by changes in natural isoprene emissions. As Forster noted,

The natural aerosol cooling could be 100 times bigger than our current estimate, but it would make no difference to climate change as it would stay more-or-less constant with time.

However, several conservative media outlets falsely claimed that the study had uncovered a “global cooling process.” Writing for Breitbart , James Delingpole claimed that the paper “may pose a serious threat to man-made global warming theory.” The Register and Express both claimed that temperatures have been stable for 15 years (they’ve actually risen by about 0.2°C during that time), and that this paper could explain that fictional temperature stability.

The problem lies in the fact that unlike Carbon Brief, whose reporters discussed the study and its implications with two climate scientists including one of the study authors, these conservative media outlets tried to interpret its meaning on their own. This led to mischaracterizations of the paper that Professor Forster described as “ quite crazy .”

All of these conservative media pieces misrepresenting the paper shared another characteristic. Each revealed its bias by wishfully suggesting the international climate negotiations that will soon be held in Paris could be undermined by the study’s findings.

Rather than contact the study’s authors or any other climate scientists, the Express and Breitbart quoted Benny Peiser, a social anthropologist, climate fake expert , and director of the anti-climate policy Global Warming Policy Foundation (GWPF). The UK government’s Charity Commission ruled last year that the GWPF was blurring fact and comment on climate change, lacked neutrality, and promoted a contrarian position on the subject.

In essence, The Register, Express, and Breitbart seemed more interested in promoting a specific political cause – undermining efforts to implement climate policies – than in getting the facts right. And presenting misleading information to promote a political agenda is the very definition of propaganda .

Ironically, Delingpole accused Carbon Brief of being an “eco-propaganda website,” even though it was Carbon Brief that ensured factual accuracy by discussing the study and its implications with one of the study’s authors and a second climate scientist. Worse yet, Delingpole implied that Professor Forster is “stupid, dishonest, and semi-literate,” among other insults, for having the temerity to point out the factual inaccuracies in the Breitbart propaganda piece. This is the same James Delingpole who told Sir Paul Nurse in a climate conversation on BBC (a conversation in which Delingpole complained he was “ intellectually raped ”),

It is not my job to sit down and read peer-reviewed papers, because I simply haven’t got the time, I haven’t got scientific expertise. What I rely on is people who have got the time and expertise to do it … I am an interpreter of interpretations.

Despite admittedly lacking the scientific expertise to read peer-reviewed papers like this one, and interpreting the interpretations of a man who likewise lacks climate science expertise and who has a clear policy agenda, Delingpole decided to insult the intelligence of the climate expert who called out his misinformation.

Fortunately the influence of this sort of propaganda seems to be dwindling. Delingpole no longer writes for The Telegraph, which now only publishes regular climate propaganda from Christopher Booker . The sort of misinformation that we saw with this isoprene paper is generally limited to media outlets with known conservative ideological biases, and hence they’re only misinforming those who are already in denial about the scientific realities and threats of human-caused climate change.

Meanwhile, with climate policy commitments from 140 countries , including China’s announcement of a national carbon cap and trade system , the Paris climate negotiations they so fear seem to be on the path toward a successful agreement.