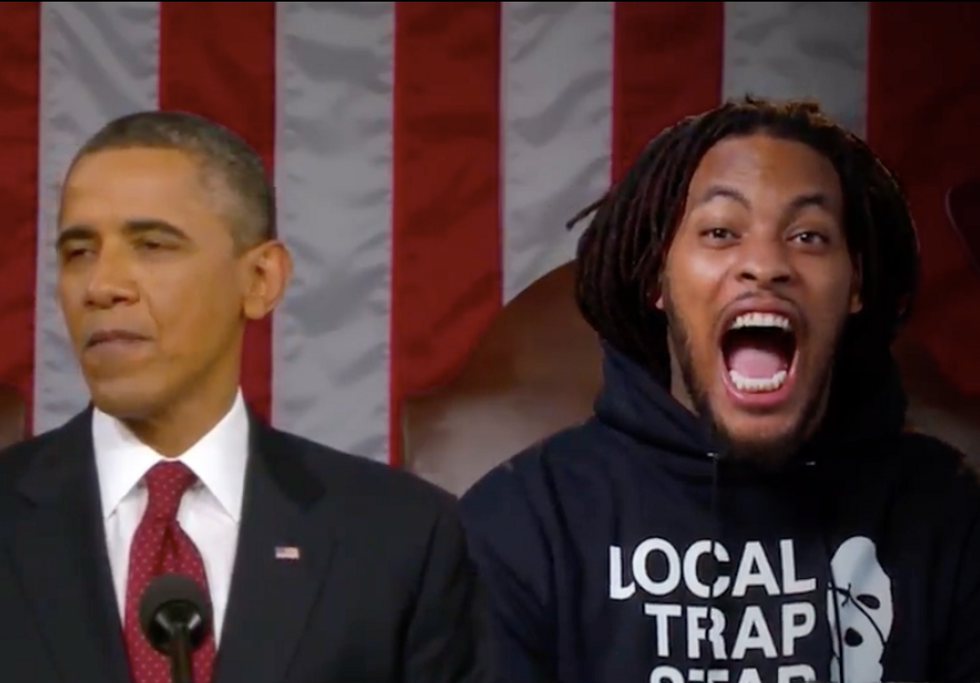 Atlanta Rapper Waka Flocka Flame announced on Tuesday in a video by Funny or Die that he would like to be the Speaker of the House when Rep. John Boehner (R-OH) steps down at the end of the month.

In April of this year Flame released a video announcing his intention to run for president, but has now set his sights on the speakership.

"Ever since I was a kid, I wanted to be a rapper," he explained, "but it was always means to the end, you see? My real dream was to run Congress."

The fact that he is not currently an elected officeholder doesn't matter. Any American citizen who qualifies can serve as House Speaker.

"That's right, you don't even have to be a member of Congress to be the head dude," said Flame. "That's where the real power is."

"Bring some cool things like marijuana, women's rights, gun control, yep, yep, yep, approve-prove-prove," the rapper went on. "Stupid shit like the Trans-Pacific Partnership, voter ID laws and building a wall around Mexico? Block, block, block, no, no, no. This is America, dude, what the fuck?"

Waka Flocka Flame Runs For Speaker Of The House from Funny Or Die
Video
Report typos and corrections to: corrections@rawstory.com.
Like this article ? Text `Support` to 50123 to donate.
READ COMMENTS - JOIN THE DISCUSSION