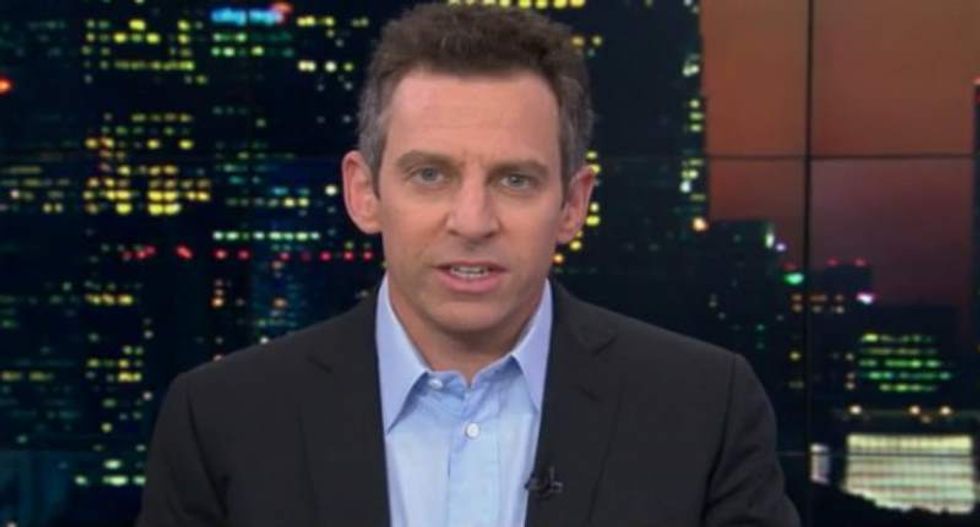 In complaining about the "regressive left" on Thursday, author and atheism advocate Sam Harris took another shot at supporters of Noam Chomsky in an interview with MSNBC host Lawrence O'Donnell.

Harris referred to critics of his views on Islam as "liberals who followed Noam Chomsky off the edge of the world, and believe that everything that is happening in the Muslim world is the result of US foreign policy, [that] there are no monsters in the world apart from ourselves and those we made."

The neuroscientist was promoting a new book he co-wrote with Maajid Nawaz, a former self-identified Islamist -- though not a terrorist -- who told O'Donnell that he spent five years in prison in Egypt for attempting to incite opposition to former President Hosni Mubarak's administration.

As a Muslim, Nawaz said, the "correct answer" is to say that the link between terrorism by Islamic extremists and the religion itself is defined by the connection between their interpretation of scripture and what they feel needs to be done.

"Islam also has a role," he argued.

Earlier this year, Harris engaged in an ill-fated correspondence with Chomsky, during which Chomsky accused him of "condemning others for ignoring “basic questions” that they have discussed for years, in my case decades, whereas you have refused to address them and apparently do not even allow yourself to understand them."

Harris later published the exchange, then said "morally confused" liberals came away from it thinking he had lost.

Watch Harris and Nawaz's appearance on The Last Word, as aired on Thursday, below.