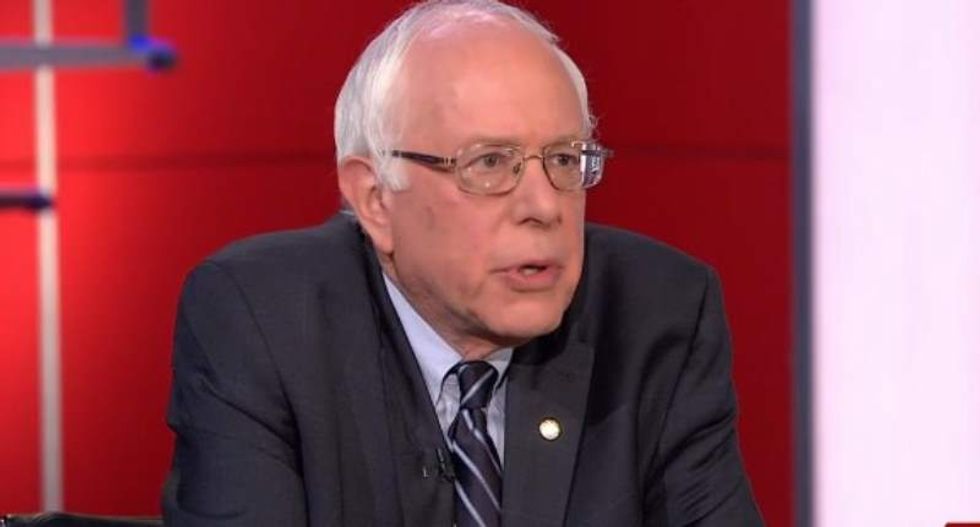 Sen. Bernie Sanders (I-VT) criticized Hillary Clinton on Monday over her statements that the anti-LGBT policies signed during her husband's presidency were "defensive actions" meant to stop conservatives.

"It bothered me to hear Secretary Clinton saying 'Well, what DOMA was about was to prevent something even worse,'" Sanders told MSNBC host Rachel Maddow. "That just wasn't true. It wasn't true."

The former secretary of state argued to Maddow on Friday that the Defense of Marriage Act was introduced as a way to stop conservative legislators from pushing through a constitutional amendment banning same-sex marriages. The law was declared unconstitutional by the Supreme Court in June 2013.

Similarly, Clinton said, the "don't ask don't tell" policy for military service members was a reaction to the "overreaction" by lawmakers after Bill Clinton promised to let LGBT troops serve openly during his first run for the presidency.

Maddow noted on Monday that the senator, who is competing with Clinton for the Democratic Party nomination, has made it a point to emphasize that he opposed not only DOMA, but the Iraq War and the construction of the Keystone XL pipeline before Clinton did so.

"On all of those issues, you and Secretary Clinton agree now," she said. "I wonder if I could just zero in on exactly why you think it's important that you were right first. When Democratic voters are making the decision on who their nominee ought to be, why are you a better choice on those grounds?"

"That's an excellent and fair question," Sanders said. "And the answer is, we live in a tough world and leadership counts. It's great that people evolve and change their minds, and I respect that. I'm not being demeaning here. But it is important to stand up when the going gets tough."

Watch footage from the interview, as aired on Monday, below.