Someone is burning black churches again — this time in St. Louis 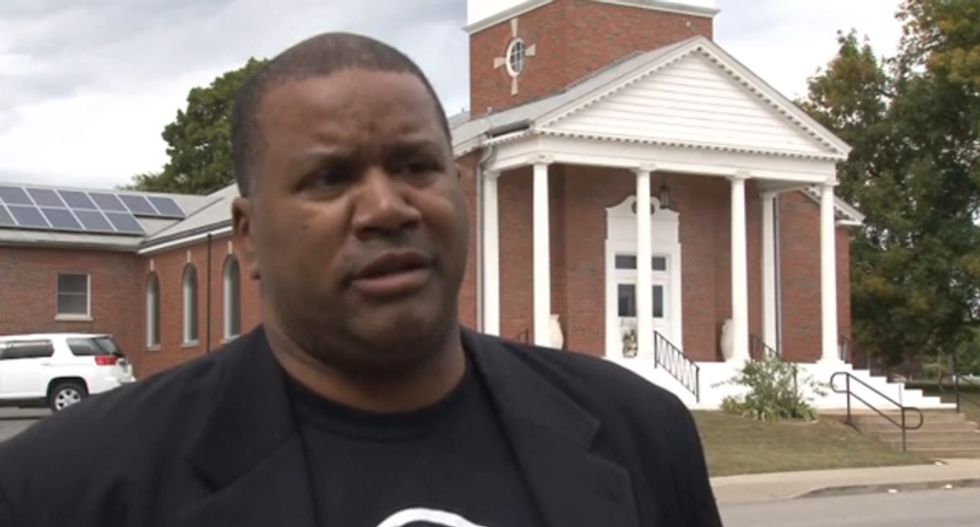 The most recent fire was Saturday morning at New Life Missionary Baptist Church. All five fires happened within the last 10 days and are within three miles of each other. They all have been set at the front doors of the buildings. No one has been hurt and damage to the inside of the structures has been minimal, NBC News reports.

Investigators from the St. Louis Fire, Regional Bomb and Arson and the federal bureau of Alcohol, Tobacco and Firearms are looking for links between the fires.

"It is arson,' said St. Louis Fire Captain Garon Mosby told Fox2. 'These are being intentionally set. This is not spontaneous combustion, so they are not occurring on their own."

Pastor David Briggs told Fox2 he got a phone call at 5 a.m. this morning that the church was ablaze.

"I started praising God that no one was in the building," he told the station.

It's not the first time black churches have been set afire under suspicious circumstances.

In June, seven black churches burned overnight in the South, all within about a week of each other. The church fires seemed to follow the shooting deaths of nine African-American churchgoers in Charleston by a white supremacist.

Investigators later determined those fires were not linked, and some were started accidentally, TIME reports. Questions were raised about the timing, since the Ku Klux Klan became active after the Charleston church shooting at Emanuel AME.

Church burning was a terror tactic commonly used by the Klan and white supremacists against black people in the pre-Civil Rights era South.

In St. Louis the similarity of the fires and their proximity seem to point to the fires being connected.

"We've got similarities in how the fires are set, which is what we're looking at,"  St. Louis Fire Chief Dennis Jenkerson told NBC.

Rev. Rodrick Burton called the attacks "troubling," but added, "We're resolved all the more to be there for this community."