Texas radio host: 'I'm a grumpy old guy and I get a say' about whether women can have abortions 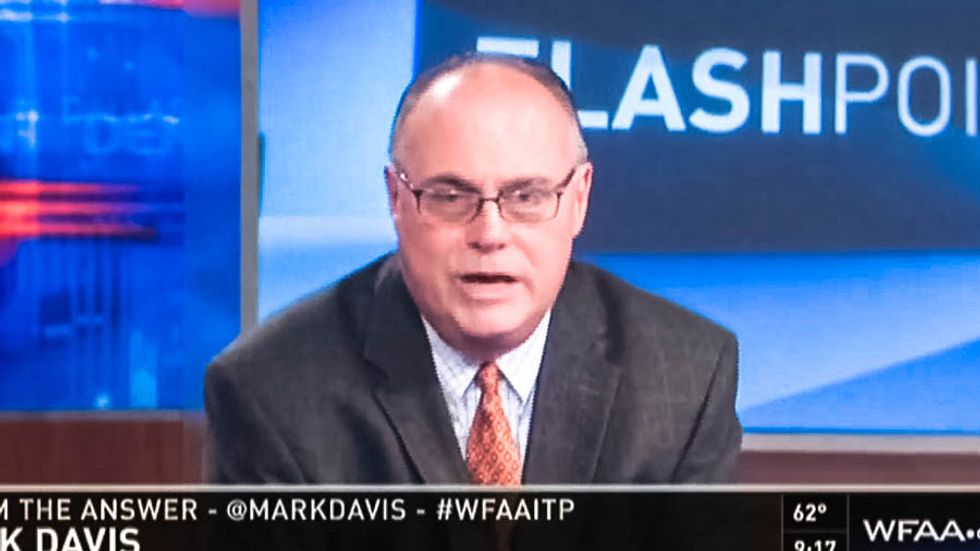 Conservative radio host Mark Davis argued on Sunday that he deserved to have "a say" on whether women were forced to carry their pregnancies to term because he said that "half of the babies aborted are women" and needed his protection.

"This isn't about abortion rights or women health," Davis scoffed. "It's about whether this group might have broken the law in selling baby parts for money."

Garcia, however, argued that the attack on Planned Parenthood was part of the "war on women" being waged by Republicans.

"The Republicans, especially grumpy old guys, care about what women to with their bodies," Garcia noted. "Why can't you leave them alone? Let them make their own decisions."

"This grumpy old guy believes that those distinct lives in the womb deserve protection," Davis shot back. "I'm a grumpy old guy, that's a human life, I get a say."

"I believe the women should have the say because they decide whether or not to have that baby," Garcia replied. "You care about the life of the unborn, but once they're born, their education -- funds for education -- Republicans cut off funds for the disabled."

"And then you put them in prison," Garcia continued.

"The war on Planned Parenthood is just a war on women, isn't it?" Garcia asserted.