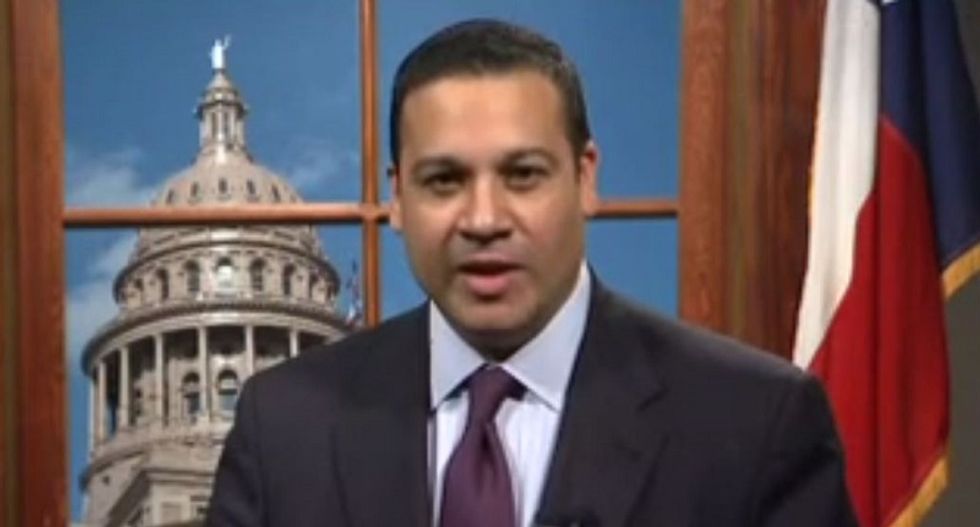 A Texas Republican is defending a tweet he sent out during the Democratic debates on Tuesday attacking Bernie Sanders and calling the Jewish presidential candidate a Nazi.

According to the Dallas Morning News, State Rep. Jason Villalba said it was "ridiculous" to say he compared the Democratic party to the fascist dictator party responsible for the 20th century's most well-known massacre of Jewish people.

"It’s perfectly accurate,” he told the News. “I was in no way making a comparison to the current Democratic Party and Nazis. If they want to read it that way, then that’s their prerogative. That’s not what the intent is.”

Under it, Villalba wrote, "The modern Democrat Party is filled with Democratic Socialists and soft socialists. Is this where we are in America?"

Villalba said it was "just a meme floating around on the web."

But the state's Democratic party spokesman, Manny Garcia, called the tweet disrespectful, and the problematic comparison of Sanders, who is Jewish, to the Nazis, wasn't lost on him. He called Villalba "nothing more than another Tea Party Republican politician."

“Representative Villalba ought to be ashamed of himself for pandering to the Trump/Carson wing of his party,” Garcia told the News. “There is no excuse for such a gross act of disrespect.”