The same-sex marriage fight between Clinton and Sanders: Setting the record straight 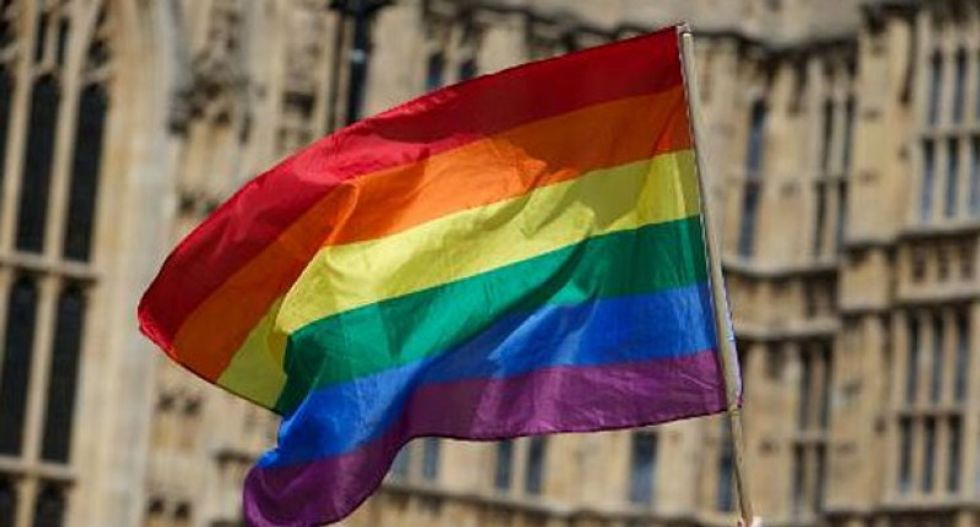 Gil Troy is a professor of history at McGill University and a visiting scholar in Governance Studies at the Brookings Institution for the fall of 2015. His latest book — his tenth — is The Age of Clinton: America in the 1990s (Thomas Dunne Books, 2015).

The fight between former Secretary of State Hillary Clinton and Senator Bernie Sanders over former president Bill Clinton’s signing of the Defense of Marriage Act (DOMA) in 1996, proves that good politics makes terrible history. The question of why President Clinton signed the law, and whether he was staving off a worse alternative is a minor sideshow. The major issue is that both candidates, both of whom were born in the 1940s, are trying to show how enthusiastically they support gay marriage today when both opposed it in the 1990s. And to understand just what was going on with Bill Clinton – who was Hillary’s husband and the head of Bernie’s political party two decades ago – we should consult the historian’s favorite text, context.

When Bill Clinton ran for president in 1992, he become the most gay-friendly presidential nominee, ever. His openly gay close friend, David Mixner, had a prominent role in the campaign. Four years earlier, Michael Dukakis had refused Mixner’s offer of one million dollars raised from the gay community, fearing being tagged as a liberal  – which he was anyway.

Clinton was different. At one Hollywood dance club with more than 700 gays and lesbians supporting his campaign, Clinton proclaimed, “I have a vision and you are part of it.” Mixner would estimate that the gay community contributed $3.5 million to the Clinton campaign. The two big issues that concerned Mixner and his allies at the time were gays in the military and fighting AIDS.

More crowd-pleaser than tactful statesman, Clinton stumbled just 8 days after his election in November 1992 when NBC’s Andrea Mitchell asked if he would implement his pledge to allow gays to serve openly in the military. Intoxicated by victory, speaking too truthfully about his progressive views, and thanking this key constituency, Clinton said “yes.” This candor triggered a backlash from military brass and millions of veterans, many of whom already doubted this draft-dodger poised to become the next Commander-in-Chief.

The gays-in-the-military dilemma was a gut issue, central to two powerful groups’ identities.  Gays were framing full, public acceptance as a modern civil rights issue, appealing to an increasingly fluid and tolerant society that deified individual rights and abhorred any perceived discrimination. The military culture, however, remained hyper-masculine and homophobic, with the channeling of male sexual aggression underlying much military discipline. Belonging to a tradition-bound institution, military men – and most were men – instinctively perceived sexual conservatism, gender roles, and conventional family arrangements as society’s bedrock.

Clinton’s resulting “don’t ask, don’t tell” policy was too slick for liberals and too hippie for conservatives. It compelled individuals to lie in an institution that prized honor.  He and his aides spent more time firefighting early on about gays rather than cultivating the policy initiatives candidate Clinton had pitched. The first time Clinton’s new Secretary of Defense, Les Aspin, met the Joint Chiefs of Staff, the gay issue dominated. “At the end, we spent a few minutes on Iraq, Somalia and Bosnia,” one general reported.

This policy’s political messiness telegraphed Clinton’s guilt at being on the wrong side of history. But he felt burned. As the Culture Wars overlapped with Clintipathy, the irrational hatred of both Clintons, Clinton became more cautious about gay issues, especially after he helped the Democrats lose Congress in 1994 for the first time in four decades.

But attitudes were shifting, slowly in the 1990s – much more rapidly in the last five years.  In a perverse way, white elite Gay AIDS victims were the shock troops of the gay revolution somehow more easily embraced than their earlier, healthier, promiscuous selves. Unlike in the 1980s, in the 1990s America’s therapeutic culture embraced the dying gay yuppie, as canonized in the Tom Hanks movie, Philadelphia.

In America’s celebrity-obsessed culture, celebrity coming out stories helped too. In 1995, the Olympic Gold-medal winning diver, Greg Louganis, announced his HIV-positive status in an interview with that high priestess of television talk, Oprah Winfrey.  Ellen DeGeneres would only come out in 1997, but rumors were mounting, and acceptance was growing.

Still, for all these shifts, the politics of gay marriage was toxic, especially for a Democratic president and former anti-war George McGovern supporter who in the end would not win 50 percent of the popular vote. Clinton’s “Good Father” re-election strategy sought to seize the cultural high road from Republicans by going for the center, and fighting for traditional values as intensely as Ronald Reagan did.

That was why Clinton infuriated his gay allies by signing the Defense of Marriage Act in September, 1996. The law defined marriage as only taking place between a man and a woman, while allowing states not to recognize gay marriages sanctioned in other states. Conservatives hoped to build a firewall against the anticipated spread of state-sanctioned civil unions, while embarrassing the president on the eve of the election.

This legislation violated the Democrats’ nationalist orientation and human rights commitments while offending their gay constituency. “[I]f  there are people here who don’t like it,” Clinton snapped, “well, I’ve created seven and a half million new jobs and maybe it’s time for them to go out and take some of them.”

Clinton, burned by the gays in the military issue in 1993, now proceeded more cautiously. Signing the law at 12:50 AM, with no photographers, he tried explaining to his gay friends that the movement would suffer more if he lost the re-election campaign. He added a written statement, saying: “the enactment of this legislation should not, despite the fierce and at times divisive rhetoric surrounding it, be understood to provide an excuse for discrimination, violence or intimidation against any person on the basis of sexual orientation.” He did not even mention this ignominious moment in his detailed memoirs, and after the presidency endorsed overturning DOMA.

At the time, Hillary Clinton was in relative eclipse in the White House. There is a fascinating question here regarding how much a First Lady is responsible for her husband’s actions, especially when she becomes a presidential candidate. Bernie Sanders was one of the few legislators who did oppose DOMA, but it wasn’t until 2006 that he endorsed gay marriage, making this whole he-said-she-said about DOMA in the 1990s a red herring. The fairest conclusion to draw is that attitudes toward gays, and especially toward gay marriage, probably have transformed faster than any major attitude shift in decades. In 2008, Barack Obama not only failed to endorse gay marriage, but the surge of church-going conservative African-American voters helped set back gay rights in California.

The fairer questions, then, for both candidates, would be: what did you learn about yourself during this dramatic change in attitudes on such a major issue and, looking forward, how would your administration advance gay rights? An historical tug of war only muddies the record, muddies reputations, and distorts the truth, covering up the consensus position held by most politicians, Democrats, and Americans at the time.

This story first appeared at The History News Network.