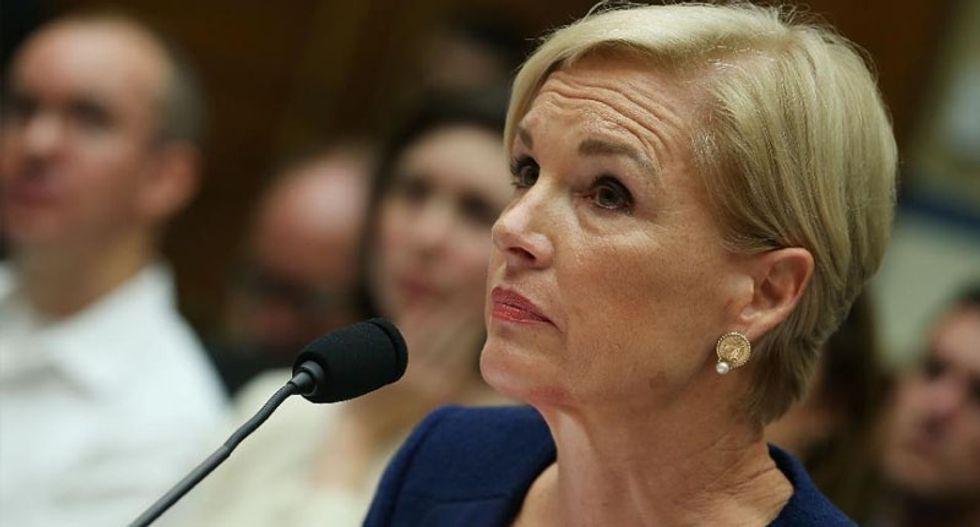 It is easy to regard the political controversy surrounding fetal tissue research—which began when a conservative group called the Center for Medical Progress released videos purporting to show Planned Parenthood employees engaged in selling fetal parts – as just another partisan political row. Republicans are racing to defund Planned Parenthood while Democrats try to frame the effort as part of the GOP’s “War on Women.” But both sides might be surprised to know that fetal research began a century ago – and without any political debates. Its compelling results and effectiveness as an area of medical science, ironically, helped to make the fetus the charged political subject that it is today.

The history of fetal tissue research dates back more than a century when research scientists began to collect embryos and use tissue from aborted fetuses and nonviable fetuses for medical research. In the waning years of the nineteenth century, the physician Franz Mall convinced the Carnegie Institution to fund a department of embryology at Johns Hopkins Medical School. He and his colleagues around the country embarked on an extensive embryo-collecting project and physicians in the new discipline of embryology quickly began to use these embryos for research purposes.

One of the earliest and most influential was a neuroanatomist named Davenport Hooker. Between 1932 and 1958, he performed neurological tests on 149 fetuses at the University of Pittsburgh. Local doctors would notify Hooker when they expected a premature delivery or planned a therapeutic abortion. Hooker would then move the fetuses gained from these procedures to his laboratory where they were immersed in a warm saline solution. During the brief time span in which the dying fetuses (non-viable due to their early gestational age) were still alive – between seven and twenty minutes – Hooker performed neurological tests and recorded the fetal responses on motion picture film.

In 1952, he assembled his footage into a silent educational film called Early Fetal Human Activity. The film showed the muscle activity of six fetuses ranging from 8 1/2 to 14 weeks. Hooker’s research helped to establish the nature and sequence of fetal development while research by a group of scientists at Children’s Hospital in Boston using embryonic lung cells led to the 1954 development of the polio vaccine.

Fetal research such as Hooker’s evoked little public concern. Until the mid twentieth century, fetuses did not carry the same cultural and political meaning assigned to them today. Investigators quietly planned, funded, completed, and published fetal research without drawing public attention. “It is not that Hooker, his colleagues, or his audience de-humanized the fetus,” anthropologist Lynn Morgan notes. “They had never humanized fetuses to begin with.”

In the early 1960s, popular writers began to disseminate some of the more dramatic scientific findings resulting from fetal research. Images of fetuses began to appear in general publications. Several of Hooker’s images were published in 1962 in an early pregnancy guidebook, The First Nine Months of Life. Its author, Geraldine Flanagan, did not discuss how the fetuses were photographed or mention the conditions, such as therapeutic abortion, that allowed them to be used in research. And when three years later the Swedish photographer Lennart Nilsson published his famous photographs of embryos and fetuses, one of which appeared on the cover of Life magazine, the images reached iconic status as symbols of life despite the fact that all but one were of dead and dying fetuses.

As a result of these popularized images, many Americans subsequently came to think of dead fetuses as distasteful and macabre. On the defensive, researchers now rarely publicized the fact that fetal images came from dead or dying specimens.

Throughout the 1960s, medical scientists expanded their research involving the fetus inside and outside the uterus, seeking to address a wide range of questions: fetal disease or abnormality, the effects of chemicals on the fetus, and the development of techniques to save the lives of ever smaller premature infants.

At the same time, however, the legalization of abortion politicized the fetal bodies. Because the fetus was now depicted in the popular mind as a baby, antiabortion activists recognized that putting a spotlight on fetal research could serve their broader political strategies and goals, including treating the fetus as an independent human life.

Antiabortion activists collapsed the distinction between live and dead fetal bodies. This allowed them to lump all fetal research into one category, which they described as barbaric and labeled as torture. In their 1972 Handbook on Abortion, a key early antiabortion work, authors Jack and Barbara Wilke charged that medical researchers used aborted fetuses for research purposes. The antiabortion movement depicted researchers as “fiends in lab coats who derived sadistic pleasure from experimenting on and torturing helpless ‘infants.’”

Politicians also distorted and trivialized the purposes of fetal research. Many carelessly or cynically suggested that fetal research was conducted on live human fetuses rather than on fetuses that had died and no longer had a heartbeat prior to the onset of the research.

It is this same misleading rhetoric about fetal research that we are witnessing today in the Planned Parenthood controversy. The antiabortion movement is distorting the true nature of what fetal research actually involves. But those who would defend the value of such research—whether in developing vaccines, or saving prematurely delivered infants, or understanding human development—have been quiet at best or defensive about the nature of the work. Sadly, they seem unable to explain with confidence the virtues and importance of this research. Those who want to defend Planned Parenthood and a woman’s ability to make her own reproductive choices need to understand the history of fetal research and why it requires a full-throated defense.

Johanna Schoen is an Associate Professor of History at Rutgers University and the author of Choice & Coercion: Birth Control, Sterilization, and Abortion in Public Health and Welfare (2005)and Abortion After Roe (2015).