'They know how to stir up fear': Obama bashes NRA while vowing stronger gun law enforcement 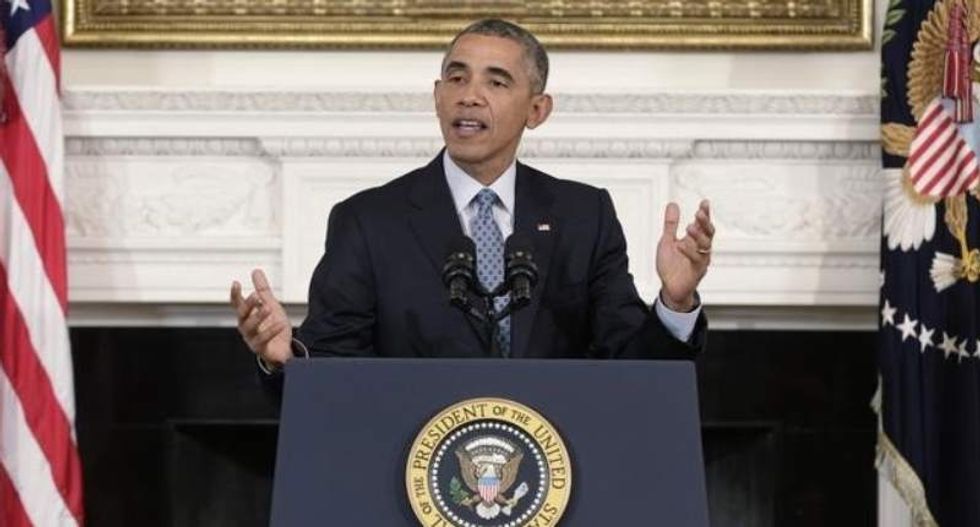 President Barack Obama addresses a news conference in the State Dining Room at the White House in Washington, on Oct. 2, 2015. Photo by Joshua Roberts for Reuters.

President Barack Obama said on Friday that he has asked his team to look for new ways to enforce existing regulations to keep guns away from criminals in the wake of the mass shooting in Oregon.

But Obama admitted he had little power to craft tougher gun laws given the political clout wielded by the National Rifle Association, and vowed to elevate discussion about the "political dynamic" he said was the main obstacle to preventing more gun deaths.

"The main thing I'm going to do is I'm going to talk about this on a regular basis," Obama said at a news conference. "I will politicize it, because our inaction is a political decision that we are making."

Obama started by mocking Republican presidential candidate Jeb Bush who earlier on Friday had said "stuff happens" in the course of an answer to a question about gun violence.

"I don't even think I have to react to that one," Obama said.

Obama led a failed push for tougher gun laws in 2013 after a school shooting in Newtown, Connecticut.

His administration also took a series of modest steps using executive actions, such as tweaks for the existing system for background checks. On Friday, he said would look for more measures.

"I've asked my team, as I have in the past, to scrub what kinds of authorities do we have to enforce the laws that we have in place more effectively to keep guns out of the hands of criminals," he said.

But he said it would be up to voters to demand more significant changes from Congress, which he said was in the thrall of the National Rifle Association, a powerful gun lobby group.

A spokesman for the group declined comment on Obama's remarks.

Obama said people who want tougher gun laws would need to become "single-issue" voters to shake up both Republicans and Democrats in Congress.

"Even if they're great on other stuff, for a couple of election cycles, you've got to vote against them, and let them know precisely why you're voting against them," Obama said.