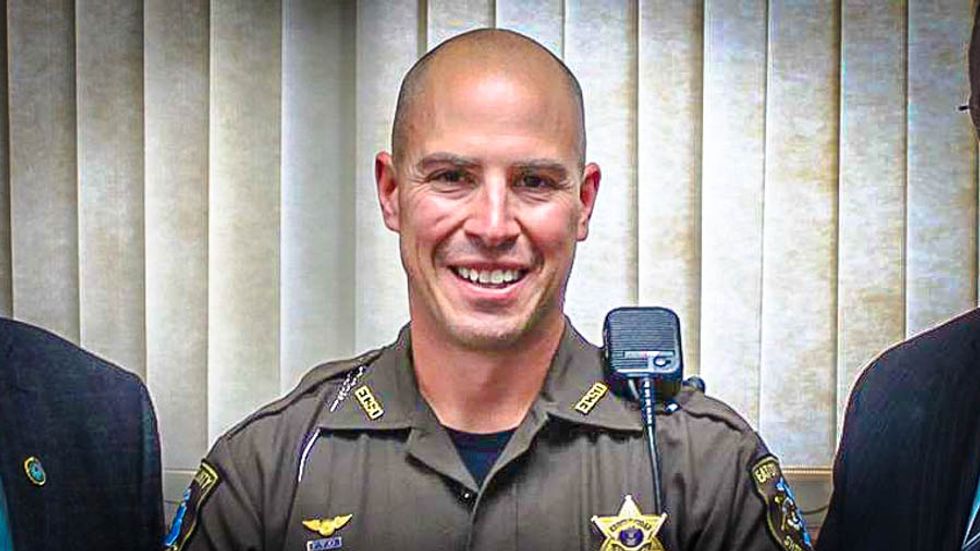 The family of a Michigan teen who was shot to death by an Eaton County deputy after flashing his bright lights filed a federal lawsuit this week.

In February, 17-year-old Deven Guilford had flashed his lights because he believed Sgt. Jonathan Frost had not turned down his brights. Frost pulled over Guildford for flashing his bright lights within 500 feet of an oncoming vehicle.

The traffic stop which was partially recorded on Guildford's cell phone shows the teen refusing to hand over his driver's license, registration or proof of insurance. The deputy also repeatedly refused requests for his badge number.

Frost pulled Guildford from the vehicle and said that he was forced to deploy his stun gun after the teen failed to comply with orders to lay on his stomach and put his hand behind his back. However, probes from the stun gun did not fully embed in the teen and an altercation ensued.

The scuffle ended in a nearby road ditch with Frost shooting Guildford seven times.

"No one wins in these particular situations, but it's the prosecutor's responsibility to look at the facts, make a determination from the facts — was there a crime or was there not a crime?" Lloyd said at the time.

Guilford's parents announced this week that a lawsuit had been filed in federal court against Frost and Eaton County. The suit alleges that the "entire course of action was illegal and in violation of Deven's constitutional rights."

According to the lawsuit, Michigan state law does not prevent the flashing of bright lights for a short period of time.

"The acts of FROST in stopping, demanding identification, ordering GUILFORD from the car, arresting him as if he were a felon, tasing him and then killing him, were all separate and distinct illegal and unreasonable seizures under the 4th Amendment," the suit states.

Cynthia Heenan of Constitutional Litigation Associates, which is representing the family, told the Lansing State Journal that Guilford's death was part of a "disturbing trend of demanding 100 percent compliance with police authority, coupled with zero tolerance of risk of harm to police officers."

"Whatever happened to "protect and serve?" she asked.

Read the lawsuit and watch video of the incident below.