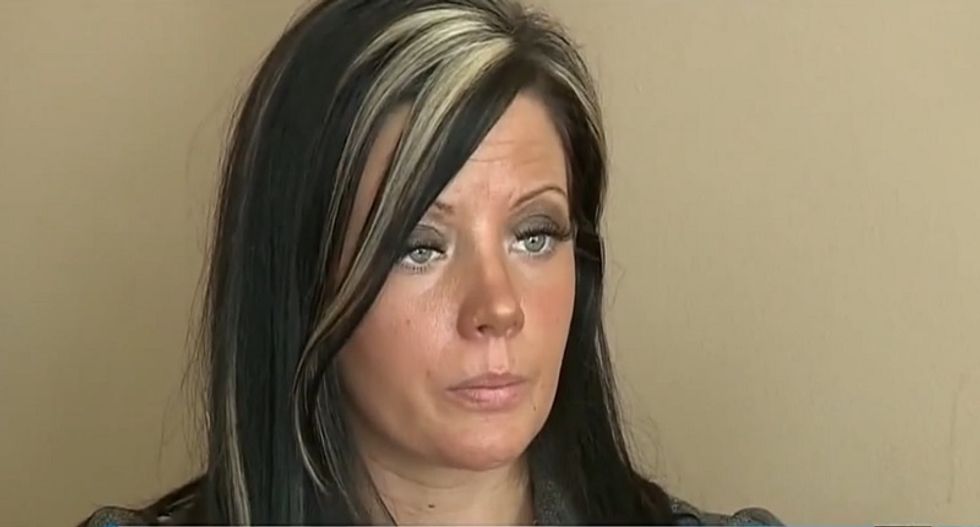 A Michigan woman who worked as a topless dancer and was accused of participating in a plot to extort millions from a retired businessman in an upcoming trial has died mysteriously, the Detroit News reports.

Jessica Tackett, 25, who was described by prosecutors as a stripper and prostitute, died on Monday and the cause and manner of death is under investigation. She and her parents are accused of hatching a scheme to extort nearly $3 million from Paul Vagnozzi, 61, a retired software businessman. The trial is headed to federal court.

"The determination of manner and cause has not been made yet pending further investigation," a Medical Examiner's Office spokesman told the News in a statement.

In a March interview, Jessica, who was indicted on one count, said she is a mother and made some bad decisions early in her life.

"I'm not a prostitute, I'm not a stripper, I'm a mother," she told ClickOnDetroit in an interview. "We didn't have much. I just got sucked into a lifestyle of dancing at a topless bar."

She added her father may be in trouble, but "that's his case. That has nothing to do with me."

She said she didn't know about the extortion and didn't get any money from it.

She said she felt victimized. Jessica Tackett was the mother of a toddler.

The News reports Terry Tackett threatened to "beat up" Vagnozzi and have friends in the "mafia" and a motorcycle gang hurt him if he didn't pay up millions to keep the encounter secret.

For 4 years, between 2008 and 2012, Vagnozzi gave Tackett the money which Tackett used to buy a home, Harley Davidson motorcycles, jet skis and lavish gifts for girlfriends.

They attempted to counter accusations against them by falsely accusing Vagnozzi of rape, the News reports. Terry Tackett allegedly threatened witnesses when the IRS began questioning his belongings, telling one woman he would lynch her if she spoke up. The family, including Jessica's mother, Kimberly, also conspired to hide evidence from the grand jury investigating the case.

When asked about the charges by the News in March, Vagnozzi said, "I've moved on. I don't really want to say anything."

According to the Detroit Free Press, Terry Tackett is in federal prison and as of Thursday night hadn't been told of Jessica's death.

The trial is set for January, the Free Press reports.

Watch the interview with Jessica Tackett, via ClickOnDetroit, here: